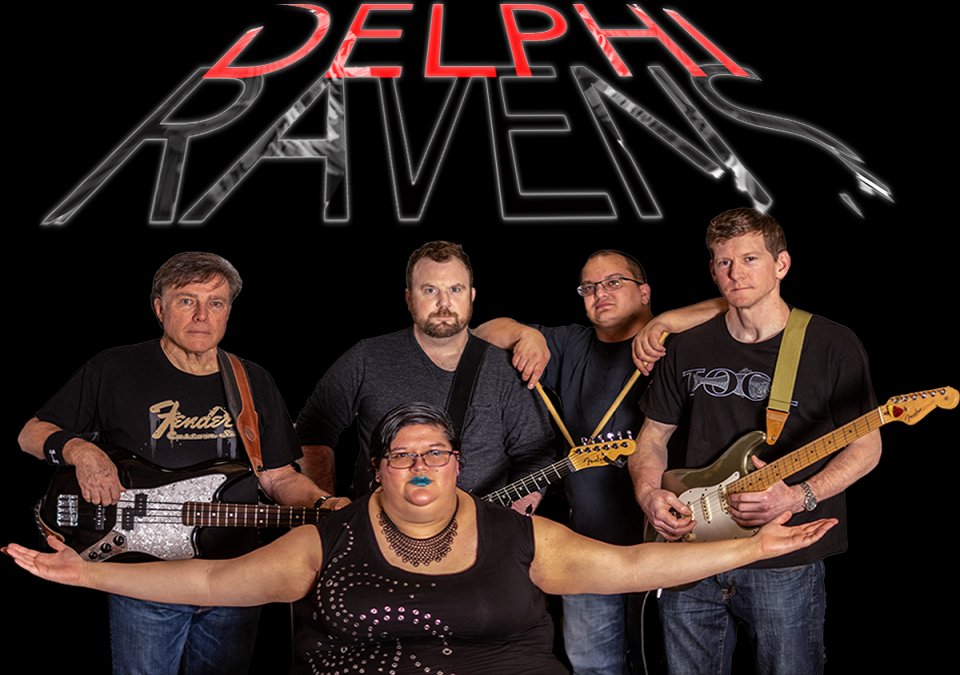 The Delphi Ravens are an alternative rock band combining alt-rock and other styles. The Ravens were founded in late 2019 by bassist and lead songwriter Papa B.™ The band comes from the Pacific Northwest with its rich history of breakthrough music.

Vocalist Kira delivers her dynamic vocals and co-writes most of the songs with Papa B.™

The Band says, “We aren’t vanilla or chocolate, but a unique blend of musical flavours!”

All of our band members have been involved in music their whole lives, except the founder Papa B. who started later in life after a highly successful business career and entrepreneurship. Papa B. writes most of the music for the group and about 2/3 of the lyrics. Lead singer Kira writes almost all of the melodies and the other lyrics. Together, with input from the band, they are responsible for all original songs.

This is interesting as the band has a wide range of backgrounds and ages. So, our influences range widely and have helped to form our “fusion” style of rock. Our members have country, jazz, hard rock, metal, blues and other playing experiences that influence our music.

We like to say that we are an alternative rock fusion band. The music is based on emotion driven experiences. The band’s sound has been compared to many artists including Deftones, Evanescence, Fleetwood Mac, Heart, Alice in Chains, Siouxsee & the Banshees, Silversun Pickups, Bright Eyes, etc. = our fusion style.

We have written and recorded 7 songs in 2021 and released 6 this year. They are (in order of release):

Another answer that varies based on the band member. But, overall, we would say alternative and rock music are our greatest influences. We listen to artists like: Black Keys, Silversun Pickups, Two Feet, Foo Fighters, LarkinPoe, Sir Sly, Of Monsters and Men, Suzanne Cook, Strokes, and even Twenty One Pilots and Billie Eilish.

Artists and bands who are currently writing new, dynamic music and doing it successfully. We would say there is no one artist we would collaborate with as we have some diverse artists asking to collaborate now, but they are lesser known. Any of the artists noted in our previous answer would be fabulous!

We will continue to write, record, and release new music throughout 2022. We have a recording session already planned for January 8, 2022, where we will be recording 4 new songs. We plan to record another 10-12 songs in 2022.

ReverbNation has rated us the #1 Alt-Rock band in the Pacific Northwest for some time now. Our music has been played by more than a dozen stations across the US, UK, and Canada and we have gotten rave reviews from Band Camp, Indie Band Guru and others.

We also plan to play more live gigs in 2022 and work towards a tour as well. Creating new music is our #1 focus right now!