When politics gets dirty


Now here’s a story of what happens when political foes decide to really play dirty!

This all concerns a stray dog known as BOJI who is well known for travelling on public transport in the Turkish city of Istanbul.

Now it seems that in the local elections which took place in 2019 the Justice and Development Party (AKP) of which the country’s president is the leader, lost Istanbul to the rival, Republican People’s Party (CHP) since when there have been numerous attempts by the AKP to defame the city’s mayor, EKREM İmamoğlu.

So what you may ask has all this to do with a stray dog? 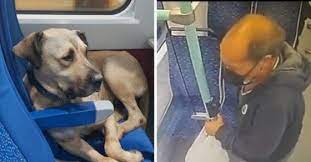 Well it seems that someone has been trying to frame the dog of pooping on a tram and then apportioning the blame on the mayor for not keeping the city clean.

Well footage has now emerged of an alleged AKP supporter placing dog poo on the passenger seat in a tram.

Dog trainer, Ali Yeşilırmak who runs BOJI’s Twitter account refuted claims that BOJI was responsible. His tweet read, “I was at the training centre all day. I did not even step out of the centre to travel in Istanbul.

“Somebody put the poop on the tram and tried to put the blame on me. Shame on you!”

So just how low can political campaigning go? 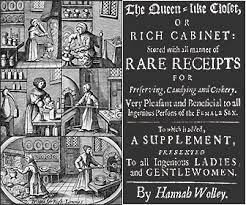 For today’s historical feature, Margaret Mills turned the clock back to the mid 1600’s to look at the life of a lady called Hannah Woolley who was a kind of predecessor of Mrs Beeton. But unlike Mrs Beeton, Hannah Woolley did not confine her tips to cooking, but seems to have included decorating, domestic management, embroidery instruction, the etiquette of letter writing, medicinal advice, and perfume making.

Listen again here to what Margaret told me about this extraordinary woman: –