A collection of “dopes”


On today’s show we heard all about the dopey drug dealer who tried to get rid of the evidence by dropping it out of the widow at the feet of the arresting officers! 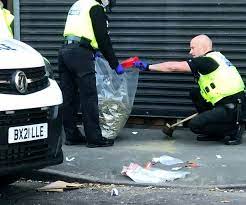 Yes, acting on a tip off West Midlands police raided a flat in Orphanage Road in Erdington last Monday where a 34-year old male attempting to remove evidence proceeded to throw thousands of pounds worth of cannabis out of the window.

Bit pointless really as it all landed neatly at the feet of police officers waiting in the street below.

Part of the 20kg haul worth £6k landed in the road and on the roof of an adjacent clothes shop.

In addition to the drug which landed neatly into the arms of the waiting officers, a crossbow, three imitation guns, 24 cannabis plants plus a large amount of suspected cannabis oil and other items, was uncovered.

A 34 year old man has been arrested on suspicion of possession of cannabis with an intent to supply.

Might be tricky to try to argue his way out of that one, me thinks!

Continuing our investigation on the strange activities some people get up to we reported today on the case of 33-year old CRIS GALERA.

Last September she got married  – to HERSELF! 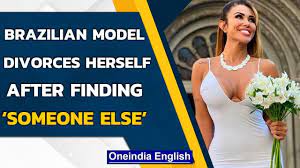 At the time of her nuptials she proclaimed: “I reached a point where I matured, realised that I am a strong and determined woman. I was always afraid of being alone, but realised that I needed to learn to feel good about myself.”

“When that happened, I decided to celebrate it.”

But after just 90 days of marriage she has decided to call it quits and get a divorce!

The fashion model had originally proclaimed that she was tired of relying on one man – so she opted to marry herself.

However, it now seems like she has met someone else.

Quite how you go about getting a divorce from oneself is a mystery to me. 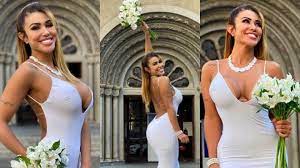 Boasting 184,000 followers on Instagram she says she has been the subject of trolling but she says that she no longer reads hateful comments and that “People’s opinion will not change what I think or add anything to it.”