Written by Paul Golder in In The Papers👁 154 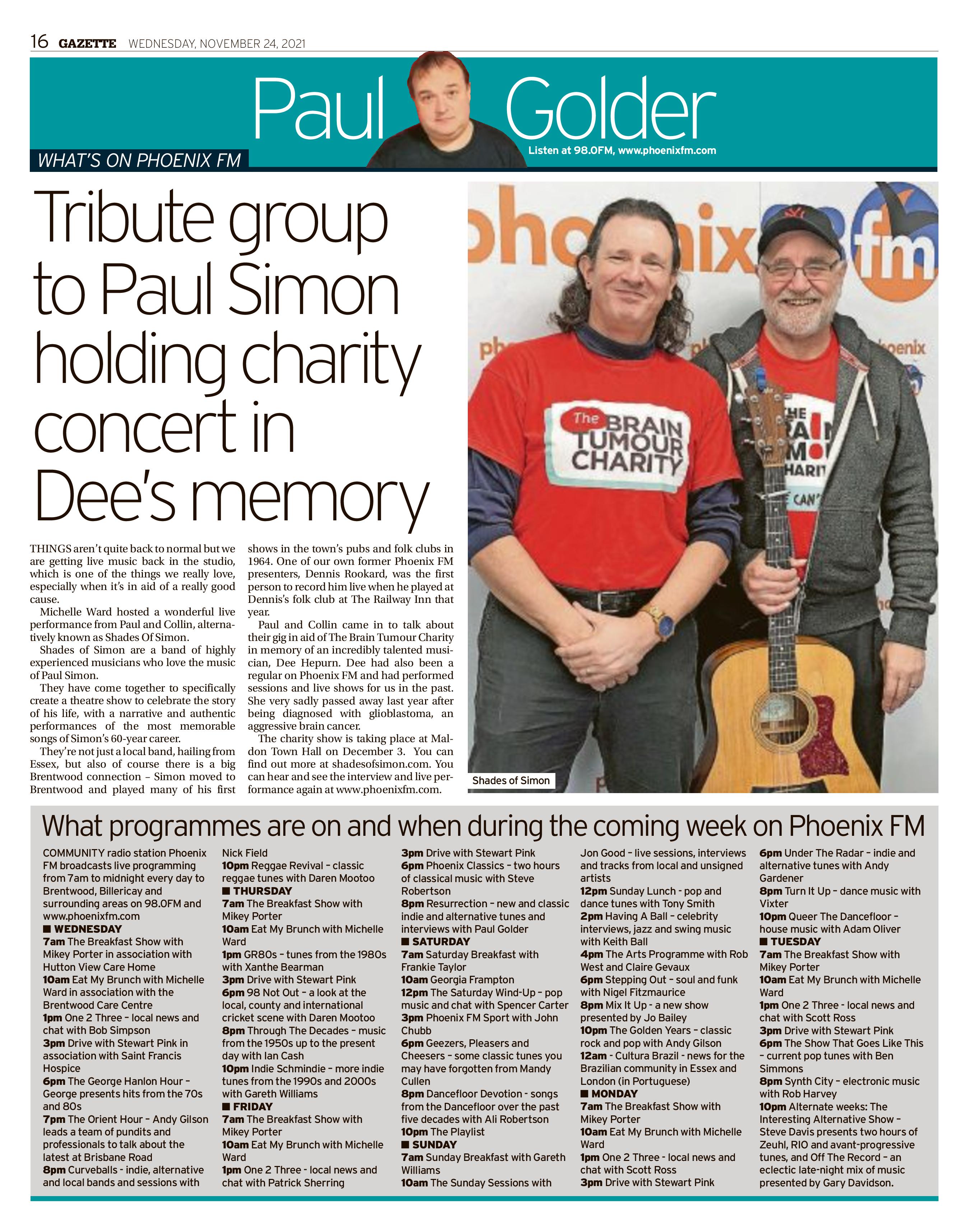 Things aren’t quite back to normal but we are getting live music back in the studio, which is one of the things we really love, especially when it’s in aid of a really good cause.

Shades of Simon are a band of highly experienced musicians who love the music of Paul Simon. They have come together to specifically create a theatre show to celebrate the story of his life, with a narrative and authentic performances of the most memorable songs of Simon’s 60 year career.

They’re not just a local band, hailing from Essex but of course there is a big Brentwood connection too – Simon moved to Brentwood and played many of his first shows in the town’s pubs and folk clubs in 1964. One of our own former Phoenix FM presenters, Dennis Rookard, was the first person to record him live when he played at Dennis’s folk club at the Railway Inn that year.

Paul and Collin came in to talk about their gig in aid of The Brain Tumour Charity in memory of an incredibly talented musician, Dee Hepburn.

Dee had also been a regular on Phoenix FM and had performed sessions and live shows for us in the past. She very sadly passed away last year after being diagnosed with glioblastoma, an aggressive brain cancer.

The charity show is taking place at Maldon Town Hall on December 3. You can find out more at shadesofsimon.com; you can hear and see the interview and live performance again at www.phoenixfm.com.