Written by Stewart Pink in Drive👁 154 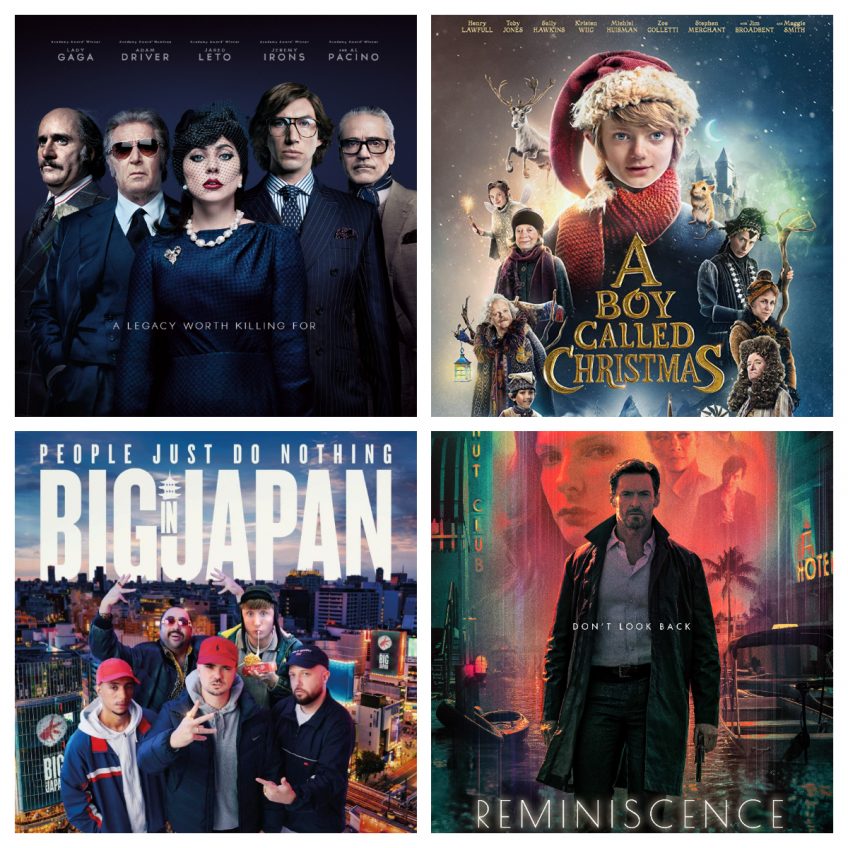 House of Gucci – When Patrizia Reggiani, an outsider from humble beginnings, marries into the Gucci family, her unbridled ambition begins to unravel and triggers a reckless spiral of betrayal, decadence, revenge, and ultimately… murder.

A Boy Called Christmas – A boy called Nikolas, along with his loyal pet mouse and a reindeer, set out to find his father who went on a quest to discover the fabled village of Elfhelm.

People Just Do Nothing: Big In Japan – After Brentford’s largest pirate radio station has ended, the boys from Kurupt FM find their fame in Japan.

Reminiscence – Nick Bannister, a private investigator of the mind, navigates the alluring world of the past when his life is changed by new client Mae. A simple case becomes an obsession after she disappears and he fights to learn the truth about her.