Hammers legend was visitor to our resurgent football club

Written by Paul Golder in In The Papers👁 118 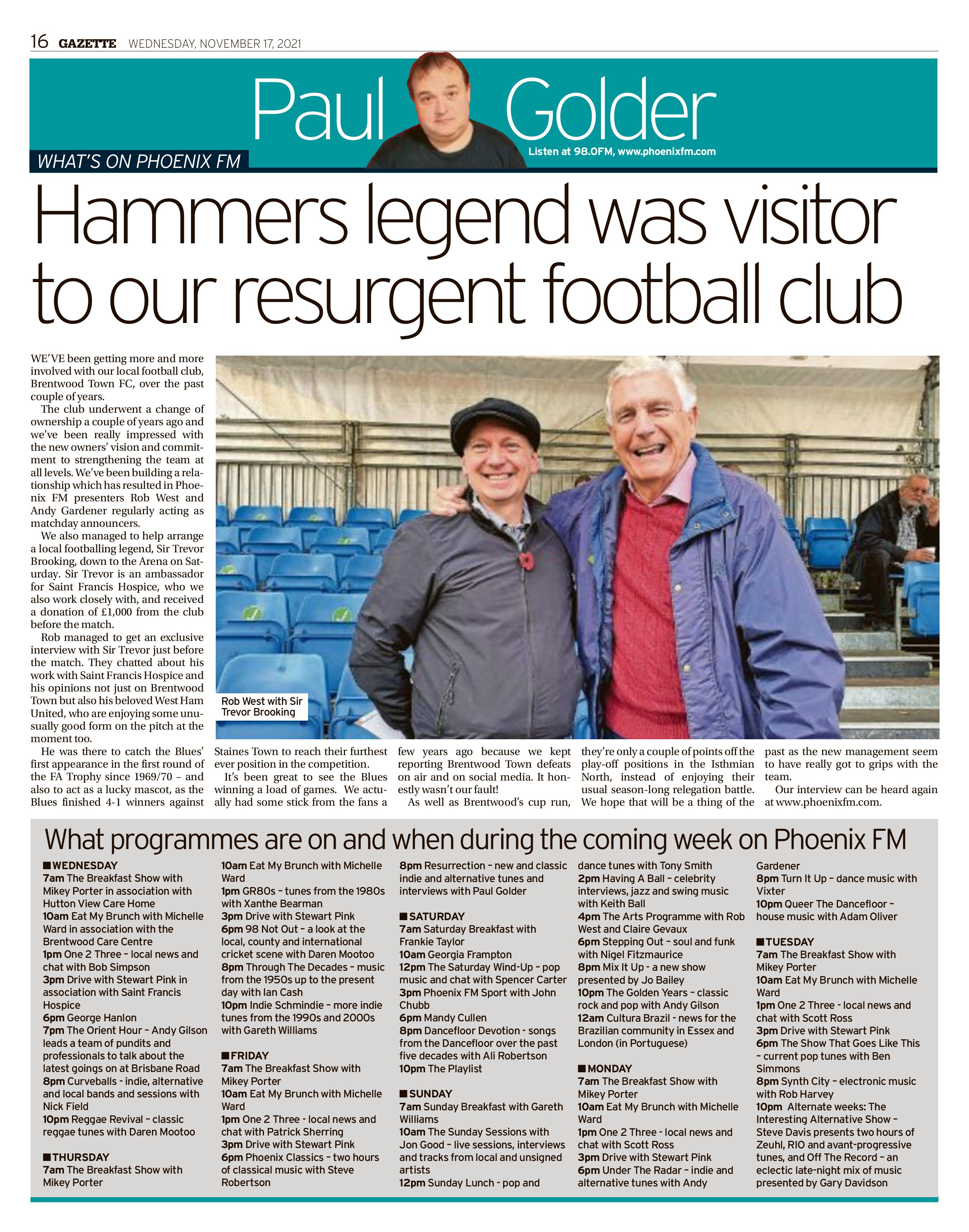 We’ve been getting more and more involved with our local football club, Brentwood Town FC, over the last couple of years.

The club underwent a change of ownership a couple of years ago and we’ve been really impressed with the new owners’ vision and commitment to strengthening the team at all levels. We’ve been building a relationship which has resulted in Phoenix FM presenters Rob West and Andy Gardener regularly acting as matchday announcers.

We also managed to help arrange a local footballing legend, Sir Trevor Brooking, down to the Arena on Saturday. Sir Trevor is an ambassador for Saint Francis Hospice, who we also work closely with, and received a donation of £1,000 from the club before the match.

Rob managed to get an exclusive interview with Sir Trevor just before the match. They chatted about his work with Saint Francis Hospice and his opinions not just on Brentwood Town but also his beloved West Ham United, who are enjoying some unusually good form on the pitch at the moment too.

He was there to catch the Blues’ first appearance in the first round of the FA Trophy since 1969/70 – and also to act as a lucky mascot, as the Blues finished 4-1 winners against Staines Town to reach their furthest ever position in the competition.

It’s been great to see the Blues winning a load of games. We actually had some stick from the fans a few years ago because we kept reporting Brentwood Town defeats on air and on social media. It honestly wasn’t our fault!

As well as Brentwood’s cup run, they’re only a couple of points off the playoff positions in the Isthmian North, instead of enjoying their usual season-long relegation battle. We hope that will be a thing of the past as the new management seem to have really got to grips with the team.

Our interview can be heard again at www.phoenixfm.com.