Tonight’s panel of Andy Gilson, Lee Boyce, Glen Wilkie are joined on the telephone by Steve Tongue and after listening to Victor’s View the panel themselves review the O’s most recent performance, away to Rochdale which includes marvelling at Craig Clay’s goal, and they discuss the progression they feel the O’s are making under Kenny Jackett’s leadership.

They go on to discuss last night’s performance where the Youth Team were victorious against Newport County (winning 6-1) in the FA Youth Cup and as their reward they face Chelsea Youth away in the next round – trip to Stamford Bridge anyone?

Finally, it has been announced by the Football Club this week that Mascot Packages are available again and the panel debate whether there should be a charge for this experience or whether a waiting list and the anticipation of getting to see your child walk the team out is more enticing. 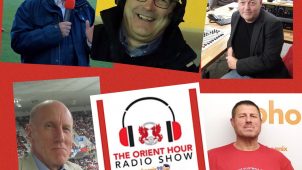