Now a couple of years ago my son bought me a RING DOORBELL for Christmas but I’m now thinking that I’d better be careful how it works in practice as a couple from Thame in Oxfordshire is now facing a bill from a neighbour who has been awarded £100,000 in compensation who claimed that the device breached her privacy. 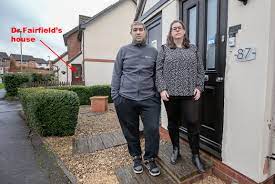 Yes, Doctor Mary Fairhurst claimed that she had been forced to move out of her home (!) as the security cameras set up by Jon Woodward were too ‘intrusive’.

Mr Woodward told the court that he had set up four devices – including two fake ‘dummy’ cameras – around his home to protect his car from thieves after an incident in 2019 which saw masked thieves attempt to steal his car.

But Judge Melissa Clarke ruled that Mr Woodward had breached the provisions of the Data Protection Act 2018 after Doctor Fairhurst was caught on camera and that her image was in effect her personal data.

Judge Clarke concluded that Woodward had collected data outside the boundaries of his property and that on many occasions it [the shed camera] had a very wide field of view and captured the Claimant’s personal data as she drove in and out of her drive adding that he had ‘sought to actively mislead the Claimant about how and when the Cameras operated and what they captured’.

The ruling means that not only has Mr Woodward been hit with a huge compensation bill but has also been served with an order preventing him from continuing to breach her rights with the home security cameras.

The judge dismissed Mr Woodward’s claims that the cameras were used to protect his car from thieves, adding that ‘crime prevention could surely be achieved by something less intrusive.”

She also said the cameras’ audio recording range was not ‘reasonable for the purpose of crime prevention’.

All seems a bit over the top to me, but then again I’ve not heard all the evidence.

For her regular BYGONES feature, Margaret Mills took us back on a journey to Fobbing on the 24th November 1862, the site of the last ever recorded heavy weight bare knuckle prize fight. 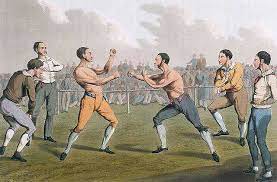 The fight was between Tom King and Jem Mace and went for a full 20 rounds!

Listen here for Margaret’s description of this event: –

Hope to see you again next week!
Scott