The stranger in the mirror


“The stranger in the mirror’  by Liv Constantine. This was the book reviewed today by Margaret Mills and might perhaps be best described as a psychological thriller which involves a woman who’s about to get married, but is not looking forward to the big day because she doesn’t know who she really is. 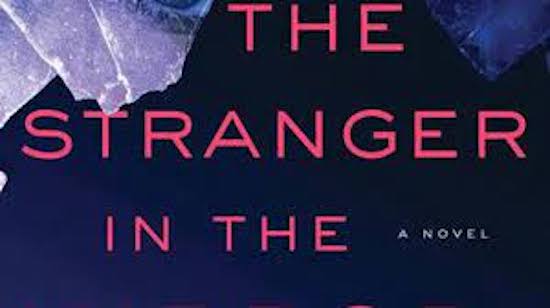 Some time previously she had been found bleeding next to a New Jersey highway but whilst her physical wounds healed, her memory never returned.

She doesn’t know her real name.

Or how she ended up injured at the side of a road.

Or why she can’t shake the notion that she may have done something very, very bad . . .

In another city a man still can’t understand what happened to his wife who’d disappeared without trace leaving him and their young daughter in limbo!

The reviews I’ve read vary from those full of praise – “This is such a page-turner, and I couldn’t read it fast enough. Great stuff! A fantastic summer thriller!” to “What a crock of rubbish! It would be a better use of your time to paint your house with q-tip, than reading this nonsense”.

But what did Margaret think and would she recommend it?

Listen here to find out: –

In the first hour of today’s show we posed the question, “When is a cycle lane not a cycle lane?” 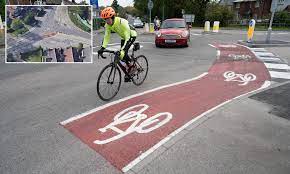 This is a serious question as Nottinghamshire County Council has installed a cycle lane on a roundabout that stretches just halfway round one side of a mini island – a whole 10 feet in length and takes less than 2 seconds to ride through it.

The Council’s service director, Derek Higton said, “Well this is not a cycle lane as such but new road markings introduced as part of a casualty reduction scheme to improve safety for cyclists at this specific location.”

But Stapleford North Concillor Richard MacRae, said, “So if this cycle lane is not a cycle lane, if I’m parked on a double yellow line, is it OK for me to tell a traffic warden that these are not double yellow lines, but just road markings? What a farce!”

Well whilst you ponder that one, I’ll see you again tomorrow,
Scott