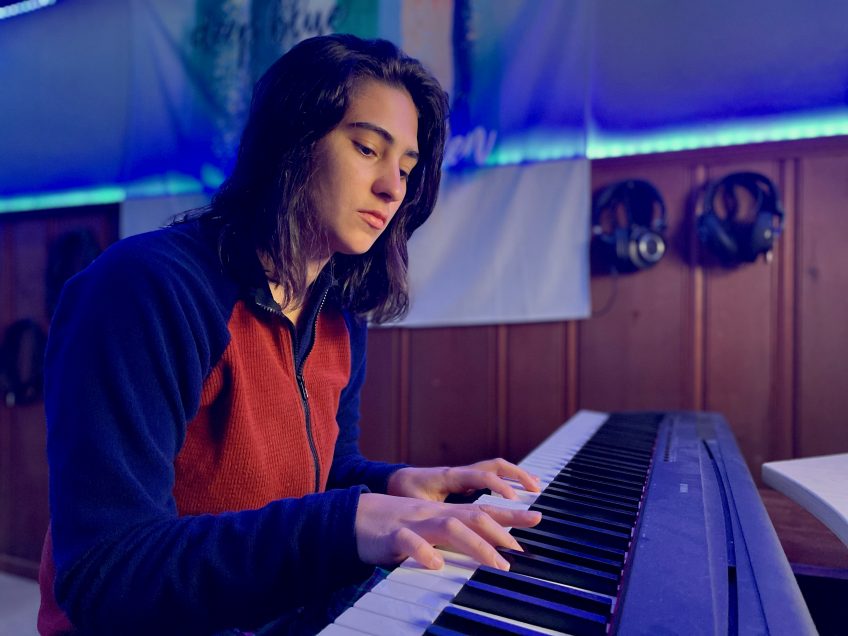 We’ve been playlisting Crazy by Juli Porpora here on Phoenix FM over the last week or so, but who is she? We caught up Juli to find out more about her …

Tell us a little bit about your yourself? When did you first start to develop a passion for music?

My passion for music started pretty early. I grew up going to theatre camp so I was in musicals and learning how to sing and harmonize and perform at a young age. I actually started playing guitar by accident when I was 12. My older brother took lessons and one day he decided he didn’t like it and his teacher was already in our driveway so I took his lesson for that day and fell in love with it.

I’ve always been a fan of pop music. I listened to a lot of Demi Lovato, Jonas Brothers, and Justin Bieber. I also really admired Taylor Swift growing up. She’s the one who inspired me to start writing my own songs. I’ve always loved singer/songwriters like Sara Bareilles, Tori Kelly, and Ed Sheeran.

I always categorise myself into the singer/songwriter genre but my songs are definitely pop. I love a good acoustic guitar since that’s what most of my songs start out as when I write them. I listen to a lot of musical theatre and I think there’s some influence there as far as the storytelling.

I have an EP out called “On My Own” which has 6 songs on it.

I’ve been listening to a lot of Ben Platt recently. I really love how he combines the musical theatre world with pop. His first album influenced me a huge amount. I also really love Chelsea Cutler. I got into her recently and I love how honest she is in her lyrics.

I’ve just applied to nursing school but I definitely plan to record another EP soon. I have so many songs that I want to release, it’s just a matter of taking the time to get them recorded.