This is for the birds


Today we reported on a warning – “DO NOT REFER TO WOMEN OR GIRLS, AS BIRDS” or else! 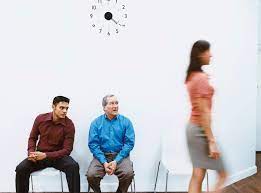 Yes, it seems that, graduate analyst, ANCA LACATUS decided to take her former employer, Barclays to court after her boss, James Kinghorn, repeatedly used the term to describe women, in spite of her constant complaints that he should desist.

M/S Ancas claimed that she was made to feel uncomfortable as she tried to make her way through her first investment banking job out of university.

Mr  Kinghorn thought his use of the word was light-hearted and jocular, but the East London Tribunal did not agree.

Instead it ruled that calling women ‘birds’ was ‘plainly sexist’ and the judge added that it was ‘foolish’ to attempt to claim irony after using the term because no-one would find it funny.

Judge John Crosfill said: “The use of the word ‘bird’ was a misplaced use of irony which inadvertently caused offence. The language is plainly sexist (whether misplaced irony or not).”

M/S Ancas is now set to receive compensation for her treatment.

No doubt the proceeds of her court action will allow her to feather her nest!

For her historical feature this week, Margaret Mills took us back 200 years, to the funeral of Queen Caroline, the estranged wife of King George IV. 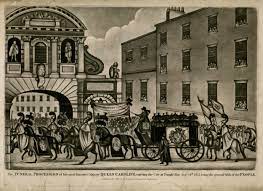 Queen Caroline wanted to be buried in Brunswick, Germany, but having died in London, a funeral procession proceeded from London across Essex to Harwich where her body was transferred to a ship to be taken to her final resting place in Germany.

I look forward to having your company again next week,
Scott