On today’s music packed edition of the show we reported on the man who joined a search party for himself and the artist who seems to have discovered how to achieve the goal of getting money –  quite literally – for nothing!

Now when you’re in your teens you often struggle to work out just who you are, and it’s often said that you need to find yourself in order to realise your potential.

Well whilst not in quite the same mode, but in a bizarre incident in Turkey a man quite literally spent hours trying to find himself! 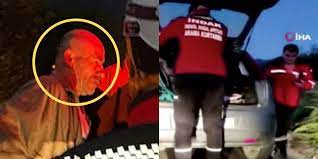 50-year old BEHAN MUTLU went somewhat over the top whilst enjoying a night out on the town with a group of friends.

At the end of the evening, and smashed out of his brains, he wandered off into the nearby woods to cool off, but when he failed to reappear the next day, his worried friends reported him missing.

In the fullness of time police issued a missing persons report and launched a search operation starting in the area in which he had last been seen, but without success,

Learning that a search for a missing person was underway, but not realising that he was the subject of said hunt, Mr Mutlu offered to join the police lead team.

It was only when members of the search party started calling his name, that the penny dropped and he surprised everyone by announcing, “That’s me, I’m here”!

It seems therefore that he had spent many hours quite literally looking for himself.

He was later escorted back to his home!

Moving from Turkey to Denmark, in the second hour we heard about the man who seems to have found a way to get money for nothing.

Yes, Jens Haaning, a Danish artist persuaded the Kunsten Museum of Modern Art to part with $84,000 (£62,000) in order to display some of his new works.

In the fullness of time he delivered a pair of totally blank canvases entitled, “TAKE THE MONEY AND RUN”. 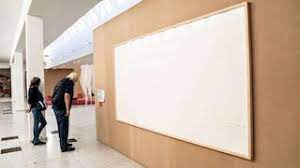 Not surprisingly the museum was pretty taken aback, but in typical “art mode” they subsequently commented that the items represented “conceptually interesting artwork!”

The museum handed over the cash to Haaning plus an offer of a further €6000 (£5000) in banknotes, if required, to re-create his previous works entitled ‘An Average Danish Annual Income’ and ‘An Average Austrian Annual Income’ for a specific exhibit called ‘Work It Out’.

Both these pieces used actual physical currency to outline incomes in Denmark and Austria, which at the time the original artworks were exhibited, amounted to 328,000 Danish Krone (£38,000) and €25,000 (£21,000) respectively.

Nice work if you can get it!