Is this the most outrageous burger ever?


Now here’s news of what’s set to become the world’s most expensive burger.

Actually this is a far smaller burger in size but the recipe calls for Beluga caviar, king crab, Spanish Iberico ham and white truffle which sit on top of a Wagyu beef patty. 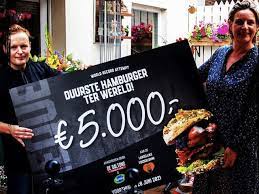 The BBQ sauce is made with Kopi Luwak coffee that costs between $30 and $100 a cup, as well as Macallan single malt whiskey and the bun is also made with a Dom Pérignon champagne bun, and topped with gold leaf.

And that gold leaf topping will turn your fingers golden by the time you finish.

Mr de Veen says that he decided to create the world’s most expensive burger and donate the entire income to charity to do good.

So far only one person is known to have tried the new creation, Rober Willemse, chairman of the Royal Dutch Food and Beverage Association.

So if you fancy blowing £4000 on a burger, Mr de Veen says he’s all set to go and will start preparing it as soon as he gets a second buyer.

Frankly I can’t see the charities benefiting big time from this dish.

But what do I know?

Coming back to the real world I was joined by Margaret Mills in the second hour for her regular look back to quieter, calmer times.

This week Margaret was looking at the Essex connection with the world famous sculptor, JACOB EPSTEIN who was especially renowned for his work at Coventry Cathedral. 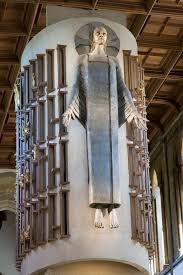 For some years the said, Mr Epstein lived in Loughton and you can listen again here to what Margaret told me today: –

I’ll catch you again tomorrow in what for me is another bonus edition of the show,
Scott