Ten years of persistence pays off with return of the Fruitbat

Written by Paul Golder in In The Papers👁 135 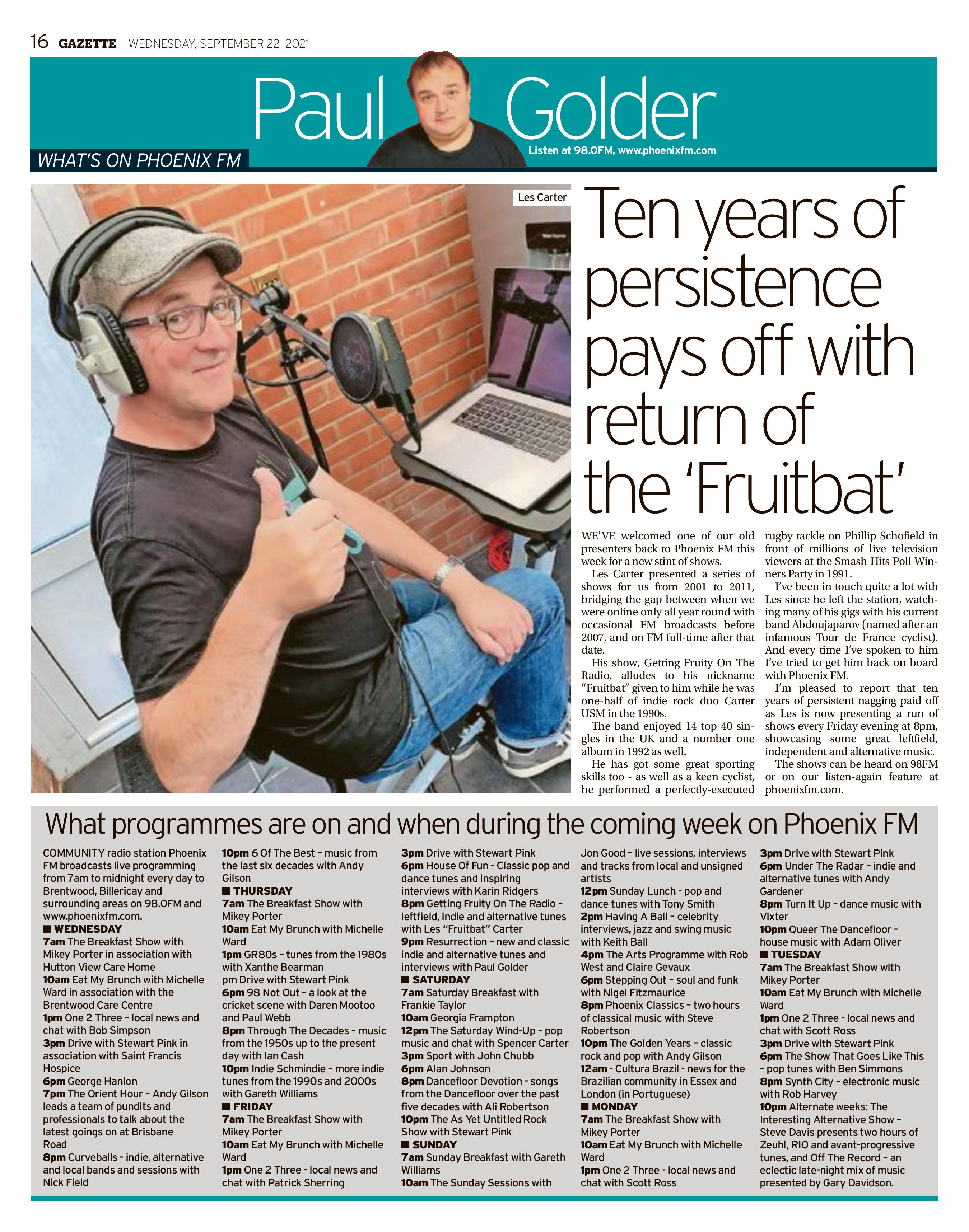 We’ve welcomed one of our old presenters back to Phoenix FM this week for a new stint of shows.

Les Carter presented a series of shows for us from 2001 to 2011, bridging the gap between when we were online only all year round with occasional FM broadcasts before 2007, and on FM full time after that date.

His show, Getting Fruity On The Radio, alludes to his nickname “Fruitbat” given to him while he was one-half of indie rock duo Carter USM in the 1990s. The band enjoyed 14 top 40 singles in the UK and a number one album in 1992 as well.

He’s got some great sporting skills too – as well as a keen cyclist, he performed a perfectly-executed rugby tackle on Phillip Schofield in front of millions of live television viewers at the Smash Hits Poll Winners Party in 1991.

I’ve been in touch quite a lot with Les since he left the station, watching many of his gigs with his current band Abdoujaparov (named after an infamous Tour de France cyclist). And every time I’ve spoken to him I’ve tried to get him back on board with Phoenix FM.

I’m pleased to report that ten years of persistent nagging paid off as Les is now presenting a run of shows every Friday evening at 8pm, showcasing some great leftfield, independent and alternative music.

The shows can be heard on 98FM or on our listen-again feature at phoenixfm.com.