Welcome to the final bank holiday for 2021 before Christmas!

We started today with a story of misplaced faith. 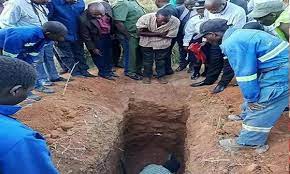 22-year old charismatic Zambian pastor, JAMES SAKARA, of the ZION CHURCH, Chidiza determined to prove that he was a messenger of the Lord, insisted on being buried alive!

He confidently assured his congregation that once he was dug up 3 days after his entombment he would be found alive and well.

Most members of his flock were not so sure but eventually 3 of them lead by another Pastor, LUCKSON PHIRI, reluctantly agreed to chuck the young pastor into a makeshift grave.

Ahead of being lowered into the ground the Reverend Sakora quoted sayings of Jesus from the Bible.

He was then placed in the grave with his hands tied in front of him before dirt was piled on top of him.

After he failed to resurrect himself at the end of the allotted 3 day period, his reluctant followers were forced to dig him up only to find that he had indeed died.

Spiritual rituals and ‘exercises to resuscitate him’ were unsuccessfully conducted and one of the church members who’d helped in the original burial has since handed himself into police.

The other two are reportedly still on the run.

In the second hour we heard about a restaurant in South West London who’s proprietor has a habit of breaking wind and burping loudly whilst serving customers. 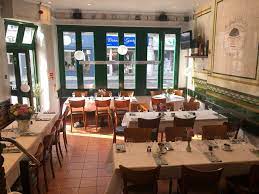 ALESSANDRO CRETELLA took over the Italian restaurant, L’ANTIPASTO in Battersea from his father in October 2016 where EDGAR SIMPLICIO had been employed as a waiter since 2007.

After Mr Cretella constantly broke wind, wafting the odour in the direction of Mr Simplicio, and regularly burping in his face, a huge argument ensued following which Mr Simplicio resigned and took the issue to an employment tribunal, where he argued that the unreasonable conduct of his boss had left him no option but to quit.

Mr Simplicio also claimed that his boss would grin as he broke wind, deliberately burp loudly (sometimes into his face) and walk around the restaurant serving customers with no shoes on.

The tribunal was told that Mr Cretella suffers from a medical condition called oephophagitis which means he suffers from excessive gas. 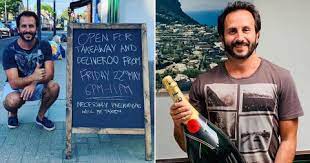 Mr Cretella asserted that he tried not to dwell on his medical problem so as to maintain a level of confidence as it was a bit embarrassing, and whilst denying the specific allegations, admitted to having a “childish sense of humour”.

In spite of this denial the tribunal concluded that the incidents described by Mr Simplicio almost certainly had taken place and found in Mr Simplicio’s favour, awarding him compensation.

I think one can quite understand why Mr Simplicio wanted to return the compliment and create a bit of a stink for his boss!