Written by Stewart Pink in Drive👁 291 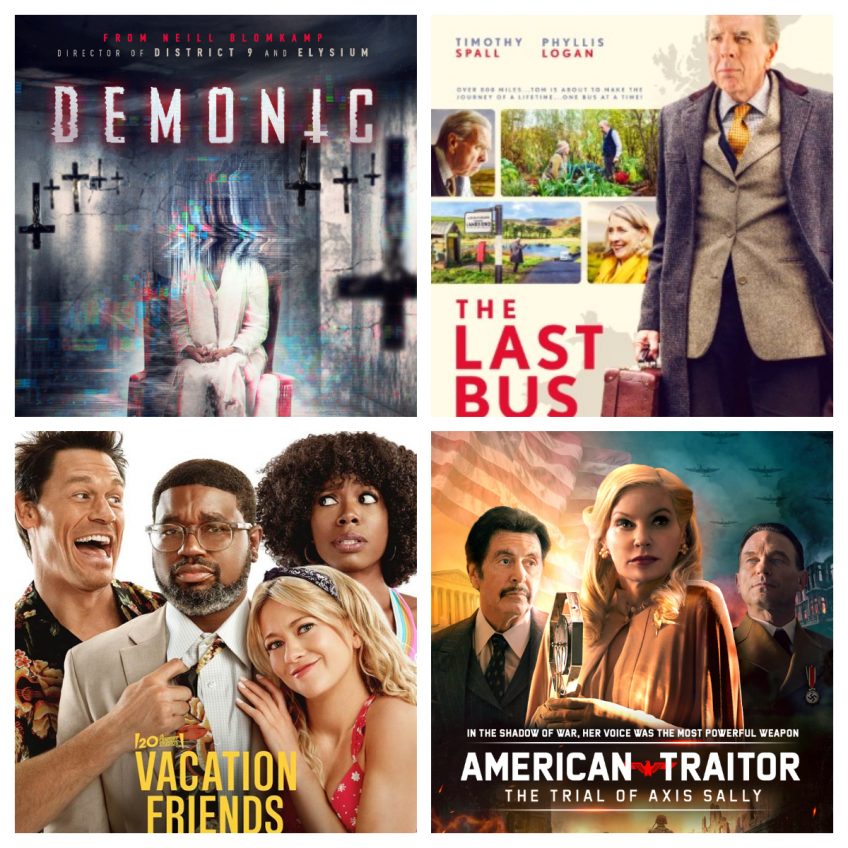 Demonic – A young woman unleashes terrifying demons when supernatural forces at the root of a decades-old rift between mother and daughter are ruthlessly revealed.

Vacation Friends – A couple meets up with another couple while on vacation in Mexico, but their friendship takes an awkward turn when they get back home.

American Traitor: The Trail of Axis Sally – American Nazi singer Mildred Gillars and her lawyer, who struggles to redeem her reputation