Film Reviews: Censor, Snake Eyes, Two of Us, Spiral: From the Book of Saw

Written by Stewart Pink in Drive👁 295 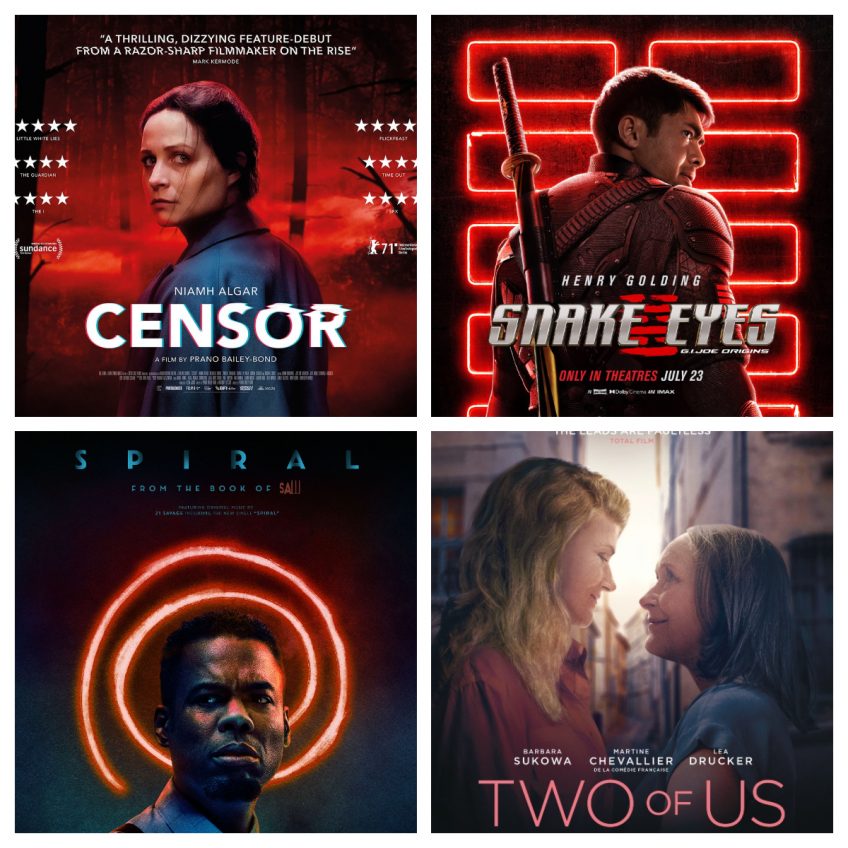 Censor – After viewing a strangely familiar video nasty, Enid, a film censor, sets out to solve the past mystery of her sister’s disappearance, embarking on a quest that dissolves the line between fiction and reality.

Snake Eyes – A lone fighter with a mysterious past, known only as “Snake Eyes”, is recruited into a secretive clan.

Spiral: From the Book of Saw – A criminal mastermind unleashes a twisted form of justice in Spiral, the terrifying new chapter from the book of Saw.

Two of Us – Pensioners Nina and Madeleine have hidden their deep and passionate love for many decades, but their bond is put to the test when they are suddenly unable to move freely between each other’s apartments.