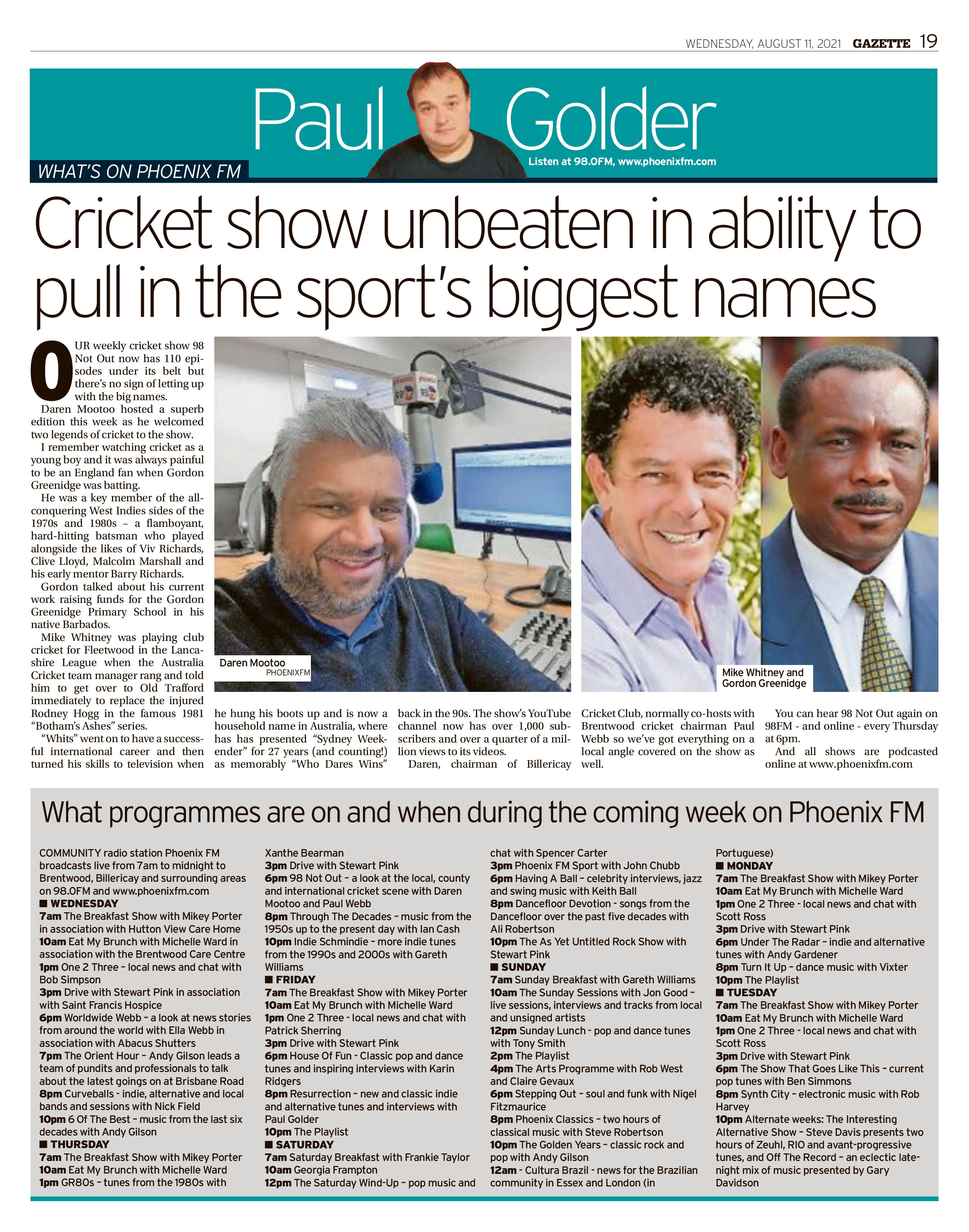 Our weekly cricket show 98 Not Out now has 110 episodes under its belt but there’s no sign of letting up with the big names.

Daren Mootoo hosted a superb edition this week as he welcomed two legends of cricket to the show.

I remember watching cricket as a young boy and it was always painful to be an England fan when Gordon Greenidge was batting. He was a key member of the all-conquering West Indies sides of the 1970s and 1980s – a flamboyant, hard-hitting batsman who played alongside the likes of Viv Richards, Clive Lloyd, Malcolm Marshall and his early mentor Barry Richards.

Gordon talked about his current work raising funds for the Gordon Greenidge Primary School in his native Barbados.

Mike Whitney was playing club cricket for Fleetwood in the Lancashire League when the Australia Cricket team manager rang and told him to get over to Old Trafford immediately to replace the injured Rodney Hogg in the famous 1981 “Botham’s Ashes” series.

“Whits” went on to have a successful international career and then turned his skills to television when he hung his boots up and is now a household name in Australia, where has has presented “Sydney Weekender” for 27 years (and counting!) as memorably “Who Dares Wins” back in the 90s.

The show’s YouTube channel now has over 1,000 subscribers and over a quarter of a million views to its videos.

Daren, chairman of Billericay Cricket Club, normally co-hosts with Brentwood cricket chairman Paul Webb so we’ve got everything on a local angle covered on the show too.

You can hear 98 Not Out again on 98FM – and online – every Thursday at 6pm. And all shows are podcasted online at www.phoenixfm.com.