Written by Paul Golder in In The Papers👁 374 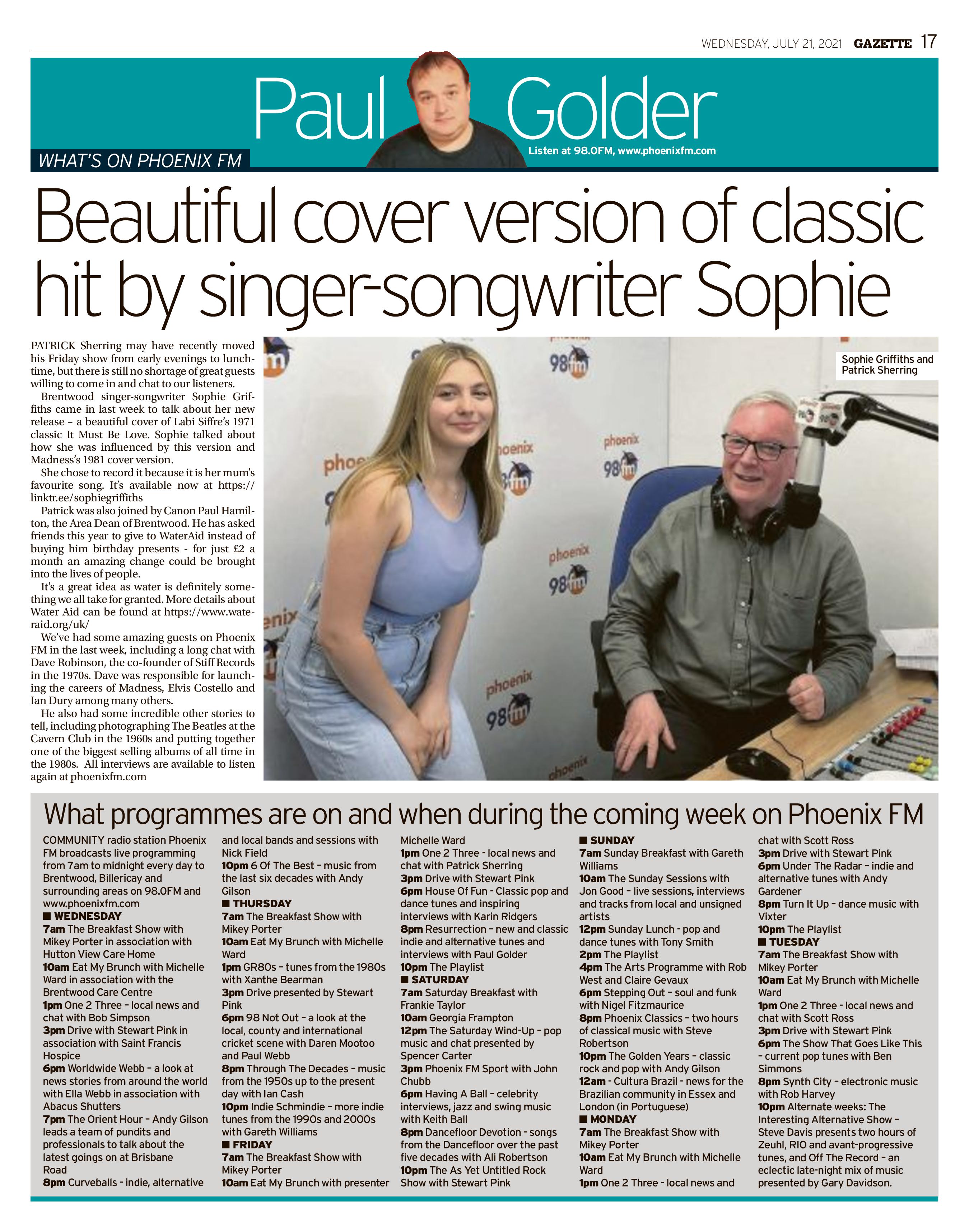 Patrick Sherring may have recently moved his Friday show from early evenings to lunchtime but there is still no shortage of great guests willing to come in and chat to our listeners.

Brentwood singer/songwriter Sophie Griffiths came in last week to talk about her new release – a beautiful cover of Labi Siffre’s 1971 classic It Must Be Love. Sophie talked about how she was influenced by this version and Madness’s 1981 cover version.
She chose to record it because it is her mum’s favourite song. It’s available now at https://linktr.ee/sophiegriffiths

Patrick was also joined by Canon Paul Hamilton, the Area Dean of Brentwood. He has asked friends this year to give to WaterAid instead of buying him birthday presents – for just £2 a month an amazing change could be brought into the lives of people.

It’s a great idea as water is definitely something we all take for granted. More details about Water Aid can be found at https://www.wateraid.org/uk/

We’ve had some amazing guests on Phoenix FM in the last week – including a long chat with Dave Robinson, the co-founder of Stiff Records in the 1970s. Dave was responsible for launching the careers of Madness, Elvis Costello and Ian Dury among many others.

He also had some incredible other stories to tell, including photographing the Beatles at the Cavern Club in the 1960s and putting together one of the biggest selling albums of all time in the 1980s. All interviews are available to listen again at phoenixfm.com.