Has the Bermuda Triangle expanded into the UK?


Can you believe this? 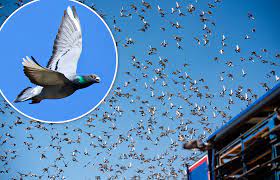 The world of pigeon racing recently had a real BIG day. 50 races were organised across Britain on 19th June which involved no less than 250,000 birds but 90% of the birds vanished into thin air!

A mere 10% of them turned up but thousands of them have gone AWOL although some of them have since turned up in such diverse places as Holland and Majorca.

At just one event in Peterborough more than half of the 9000 birds taking part disappeared without trace.

Event organisers tasked with deciding when, and from where the birds would be released insisted that there were no warning signs that anything untoward was about to happen. The forecast had been overcast in the morning but with good visibility – by the afternoon there were clear blue skies so experts believe that something invisible to the naked eye must have occurred, something that messed with the birds’ internal Sat Nav and caused them to veer off course drastically.

Apparently homing pigeons can navigate using the Earth’s magnetic field as a guide, but a freak occurrence such as solar storm could have ended up distorting their sense of direction.

Dene Simpson controller of the event in Swansea said, ‘There was definitely something strange going on that day because there were hardly any wild birds in the sky at all beforehand, it was just dead up there.  Personally, I’ve not ruled out a series of mini tornadoes being to blame.’

This could be one explanation behind the mysterious Bermuda Triangle phenomenon, but the answer still isn’t clear.

Returning to the safety of terra firma I was joined this afternoon by Billericay’s very own, Margaret Mills for her regular book review feature. 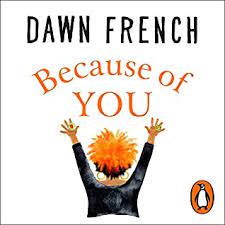 Her choice this time was BECAUSE OF YOU, a book by DAWN FRENCH, which due to the familiarity with the author I had assumed would be a very amusing offering but far from it.

The book brings in many facets of life and in particular one event that would be totally life-changing for anyone.

It’s partly the story of the bond between mothers and their daughters, but also the nature and effects of loss, parenthood and relationships.

This is probably the first time that a book chosen by Margaret has not received a mass of glowing reviews.

Indeed some were full of praise.

One said, “French’s writing and storytelling is utterly compelling, it is full of heart, warmth and the kind of heartbreak and sorrow that left me feeling bereft and tearful. This is a fabulously entertaining and immersive read, of family, love, loss, grief, forgiveness and such courage and bravery that it left me breathless.”

Another read, “I can’t remember the last book of this size that I sat and read so quickly. It certainly is a page-turner.”

So what did Margaret make of this book? Well you can listen again here to find out:-

Margaret and I will be back tomorrow, so hope you can join us then,
Scott