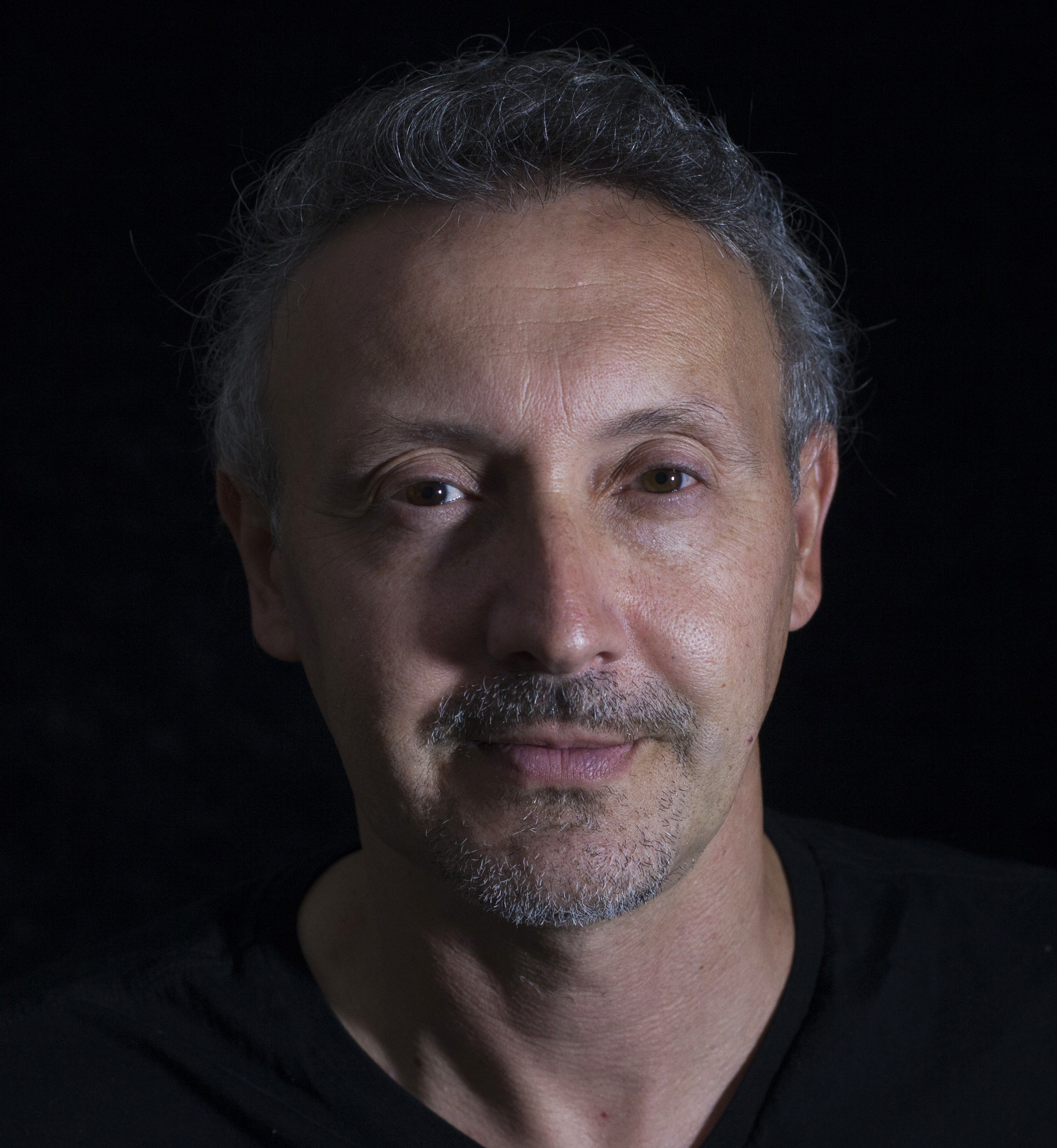 We’ve been playlisting Vukov’s current track Starlight here on Phoenix FM recently – and we caught up with him to find out a little bit more about his life and music.

Vukov is a songwriter working with many session musicians, throughout the world, who help him materialize his music vision.

Empowerment and respect of women, who have been oppressed for ages, is a significant part of Vukov’s songwriting. Equality, diversity, unity and compassion are common themes that you will hear in Vukov’s songs. In the future, if there is a critical mass of people asking for a band that would deliver Vukov’s music live, he will be interested in putting together such a diverse team of musicians whose values would match his own.

Vukov began writing songs in 2002, after a break-up with his girlfriend. At that point in his life he realized that making music is a transformative process in which his sorrow was changed into beauty of his first song. For him, creating that song was a healing and liberating experience — the demons of his suffering became tamed and purified by the light of music. At that point Vukov fully understood the music’s power. He realized that his darkness (suffering) was his candle (light of salvation), as the poet Rumi puts it. Vukov realized that music performed the transformation of darkness into light.

From 2002 until 2010 Vukov created many songs, but he worked with producers who directed the sound of those songs away from his original idea.  Songs sounded good, but they sounded very differently from Vukov’s demos, so he took a break. There was a silence of about eight years, and he focused on other things in life, not working on music at all. In 2018, Vukov unintentionally stumbled across his current producer, Patrick Stateman, who perfectly understood his vision and improved his songs while maintaining their original intention and spirit.

Vukov has been influenced by a variety of bands, mostly by those from the 80s phase such as The Cult, Billy Idol, Pink Floyd, Peter Gabriel, Dire Straits, Phil Collins and Sting.

Vukov’s music has been also influenced by Eastern European bands of 1980s and 1990s such as EKV, Bijelo Dugme, Divlji Andjeli, Riblja Corba,  Idoli, Bajaga, Balasevic, Parni Valjak, Prljavo Kazaliste, Film, Crvena Jabuka and Azra. He feels very fortunate that he was exposed to the music of these legendary bands.

Vukov’s songs range in style, from classic and alternative rock to pop occasionally fused with rap.
For Vukov, music is like a powerful Genie from Aladin’s lamp, and he does not want to keep the Genie compressed in the lamp by reducing it to only very few topics. Thus, Vukov’s songs are lyrically very diverse. They cover a wide range of topics such as: romantic and parental love; criticism of social injustices; striving for religious tolerance; self-discovery, self-improvement and self-love; overcoming covid-19; valuing one’s inner peace, peace of others and peace among countries; philosophical reflections (is there God? What happens after death? How was the Universe created?), and many other topics.

For Vukov, music is an art-form and as such it must be an avenue for a free and authentic expression; therefore, all topics that spark his interest will be considered in his songs. He will not shy away from expressing his opinion about anything that sparks his curiosity under the Sun. Of course, his views may sometimes not resonate with all people, but his role is not to persuade people or impose his opinion, his role is to offer his genuine views as options that people can freely choose to identify with or not.

Vukov has professionally recorded 20 songs, and he has 5 additional demos ready to be recorded professionally. He has published via Spotify (on April 3/2021) only one song so far, the song Starlight. “Starlight,” is a current and relevant song, inspired by the COVID-19 pandemic. The song’s imagery of the crown represents the coronavirus (“corona” in Latin means “crown”). The lyrics, however, are not as direct, since Vukov’s intention with the song is to inspire all people to unite and prevail whenever they face a threat. 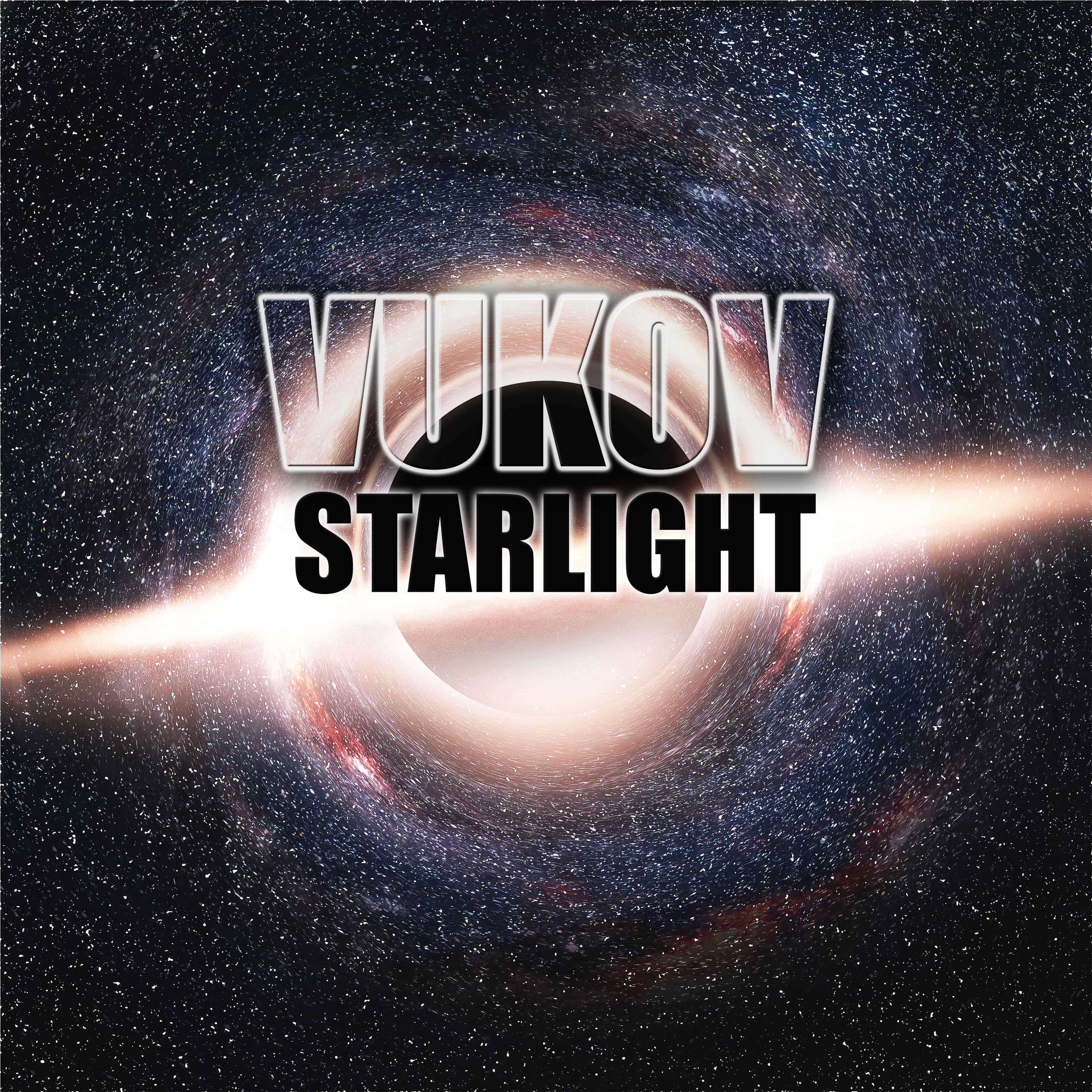 The dramatic single deals head on with the COVID-19 pandemic. Musically the song pairs a downtempo piano ballad with ambient synths and layers of emotional vocal harmonies. Lyrically the narrative speaks in the first person directly to the Corona virus itself, from the perspective of the citizens of the world. The song is a defiant statement to COVID that we will win. We will rise above this and all other challenges, as long as we can unite and work together.

“Starlight” is performed by Joe Borowsky and Desislava Zlateva. Joe is a Canadian singer/songwriter who captivates listeners with his calming, unique sound. His songs have won numerous music awards and have been featured internationally on major TV channels. Desislava is a singer/songwriter from Bulgaria. She was the lead singer on the hit single “Ima Smisal,” which reached the top of the music charts in Bulgaria in 2017. She regularly performs live in front of thousands of people. 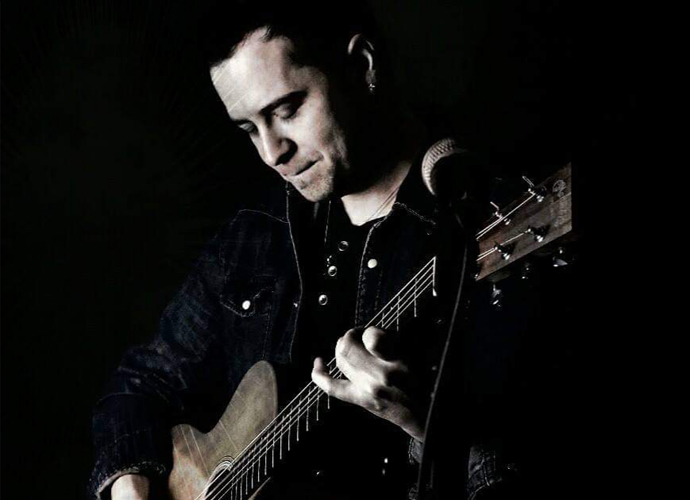 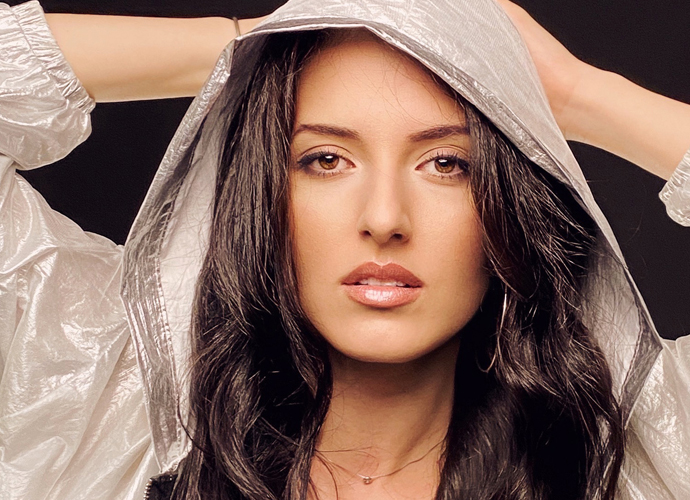 Currently Vukov enjoys listening to Maia Moham, she is a completely unknown singer/songwriter, who has a very unique vocal style that sounds like a mixture of Dua Lipa, Adelle and Sia. Maia’s vocal expression creates a wonderful mix with Vukov’s songs. He has discovered Maia on Soundbetter platform, and immediately approached her to sing his song My Queen. Maia has made an impact on Vukov’s song by adding to it her vocal with very memorable, unique sound that pierces heart with warmth, authenticity, high level of skill and magic that lasts. 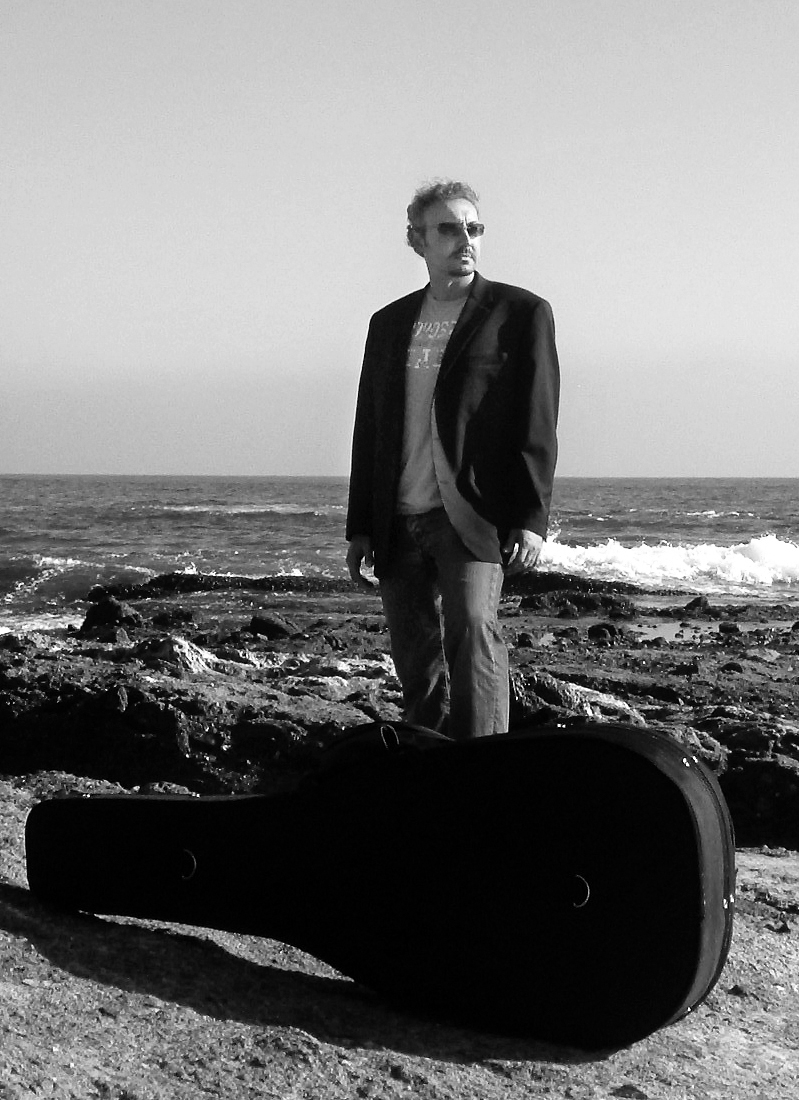 Vukov’s dream collaboration is to continue approaching the singers that he already discovered since they represent the optimal vocal expression of his songs. Out of hundreds of vocalists who auditioned for Vukov, he selected a very few of them since their vocals match closely his vision of how to sing his songs.

Vukov works with a variety of vocalists from all over the world. Amazing Marcello, from Portugal, sang the vast majority of Vukov’s songs. On “Fire In The Sky,” you will be able to hear an incredible opera singer, Josephine, from Italy. Mesmerizing Eline Vera from Netherlands is featured on several of Vukov’s songs as a duet singer and backing vocalist. Alluring Desislava Zlateva, from Bulgaria, was a backing vocalist on Starlight, for the profound lead singer Joe Soul from Canada. Without the ubelievable rap vocals of Mr. Thir13een-Beatz from UK, Vukov’s song One With Each Other would not sound like that. Exceptional lead vocals of Tim Eggers, Anthony McElveen and Josiah Ruff, all from USA, will give you chills on several of Vukov’s songs.

Vukov understands very well that a memorable song must be composed of a memorable music, lyrics and vocalist. However, there is another ingredient—a great music promoter. So, Vukov is in the phase of discovering a team of ideal promoters who know how to present his songs to the world. These promoters shall be highly ethical people interested in promoting his music organically—to the real audience whose engagement does not stop after the promotion ends. Vukov will release the next song, once he puts together this ideal promotion team composed of radio people, Spotify promoters, music blog people, email promoters, Instagram promoters, Facebook promoters, Twitter promoters, etc. 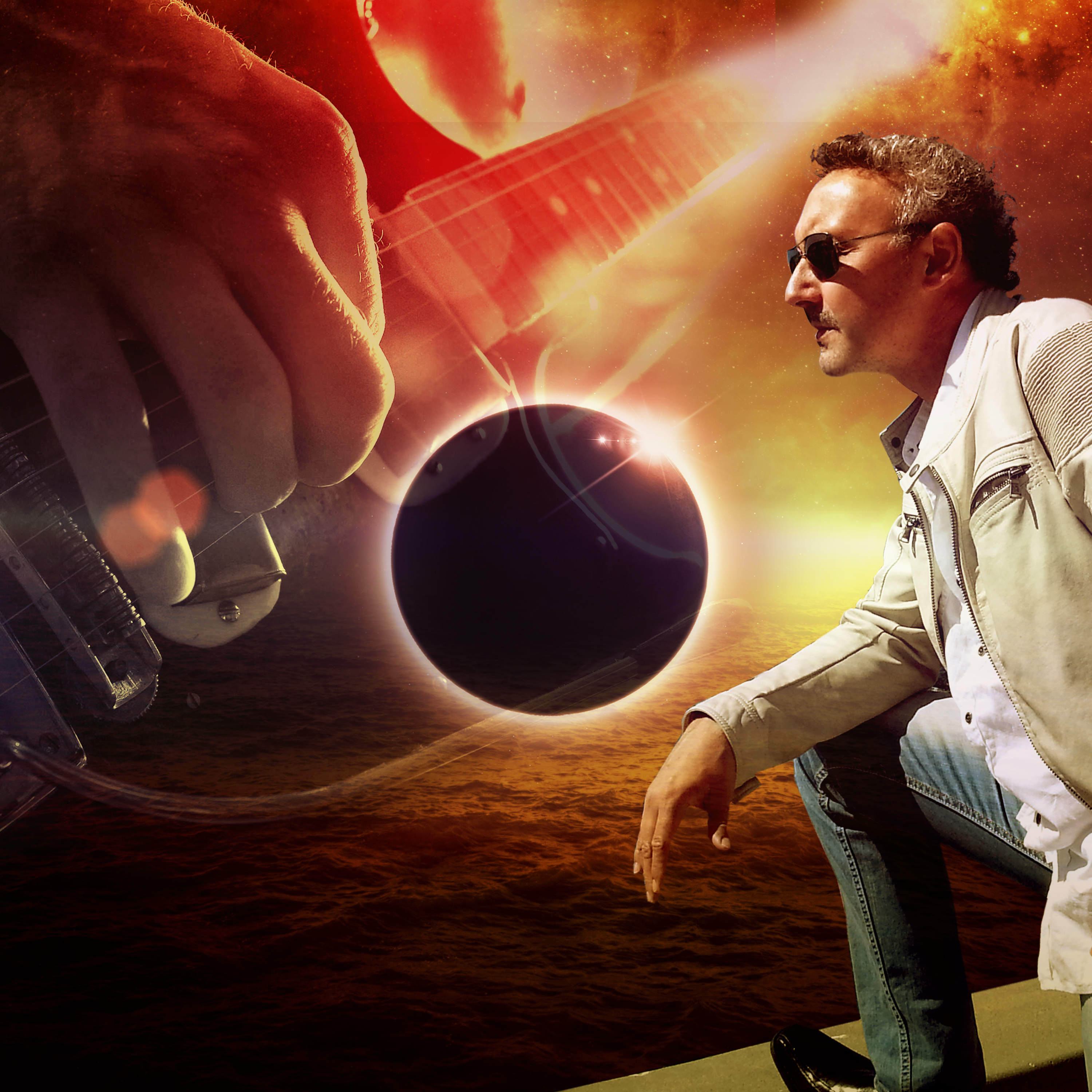