Time to cash in everything, maybe!


What would you do if it became all too apparent that there was something seriously amiss with your bank account?

Well I guess it makes a difference depending whether the apparent anomaly was in your favour or the bank’s favour.

It seems that Chase Manhattan Bank may have a new way of alerting customers that there might be something amiss with their accounts if Maddie McGivern from California is to be believed.

Maddie claims that after a night on the tiles she decided to check her bank balance at 2am which showed that she was $50bn in debt! 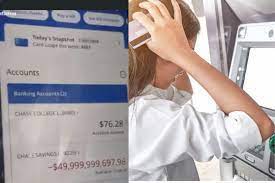 On visiting the bank the next day Maddie says that she was told that this was a new tactic to tell users that there’s something wrong with their account.

Sounds far fetched to me.

Meanwhile Julia Yonkowski from Largon Florida says she was stunned to find that when she went to withdraw $20 from her account that somehow she seemed to have amassed a balance of $999,985,855.94! 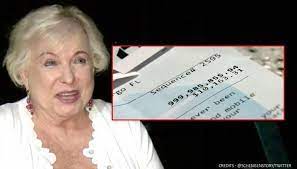 In this case however, she has been unable to talk to anyone at the bank, getting stuck in the automated system.

I know just how she feels – those systems dry me insane.

Meanwhile Chris Williamson who’s been dabbling in crypto currency for 8 months, after depositing $20 into his ROCKET BUNNY account, found that his portfolio of investments had suddenly bloomed to over $1Tn. 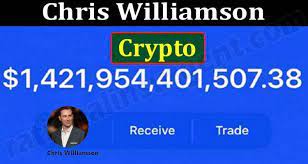 Realising that his sudden wealth was probably a glitch, he contacted Coinbase to investigate the issue.

Assuming that his account would now plummet like the proverbial stone, he was surprised to find that it is continuing to increase.

In one e-mail he sent to them he said, “Look, I need y’all to let me know what’s going on because I got a mega-yacht company ready to build me a penguin-shaped yacht.”

But no reply has so far been forthcoming.

Meanwhile we have to report that even here in the UK, it appears that there’s one born every minute.

The sad truth is that they are truly living amongst us and frighteningly have the vote but this must surely take the biscuit.

Abbie Bela claims to have been abducted by aliens from her flat in Canary Wharf and that she has now fallen in love with one of her captors. 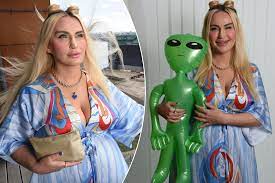 Said Abbie in conversation with THE DAILY STAR, “I’m sick of men from Earth. I joked online about wanting an alien to abduct me.

“I then started dreaming every night of a white light. One night, a voice in my dream said, ‘Wait in the usual spot.’

“The next evening, I sat next to my open window. As I drifted to sleep, a flying saucer appeared outside. There was a bright green beam which transported me to the UFO.”

Describing her abduction, Abbie claimed there were five aliens who were ‘very tall and slender’.

She added that she instantly took a shine to one of them.

“There was one who connected with me,” Abbie said.

“I felt the same. He said I had to consent to go with them, but I didn’t want to say yes in case they took me forever.”

But it didn’t last long, with Abbie safely back in her London apartment after just 20 minutes.

Nevertheless she now has an overnight bag packed ready in case her alien soulmate should come back for her.

Abbie said: “I hope he comes back. I am willing to visit the Andromeda galaxy.”

“I’m willing to give it a go – I’m going to be one of the first to normalise it.”

Well good luck with that then!

Coming back down to Earth, unless I’m abducted all being well I’ll see you again tomorrow!
Scott