Written by Stewart Pink in Drive👁 923 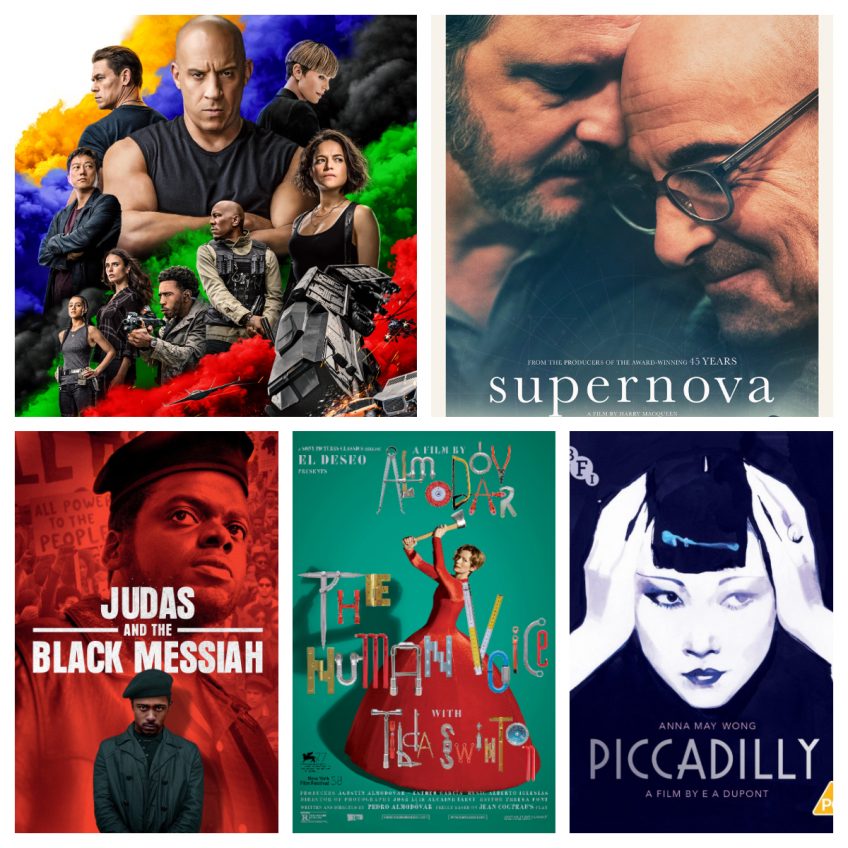 Fast & Furious 9 – Cipher enlists the help of Jakob, Dom’s younger brother to take revenge on Dom and his team.

Supernova – Sam and Tusker are traveling across England in their old RV to visit friends, family and places from their past. Since Tusker was diagnosed with dementia two years ago, their time together is the most important thing they have.

Judas and the Black Messiah – Offered a plea deal by the FBI, William O’Neal infiltrates the Illinois chapter of the Black Panther Party to gather intelligence on Chairman Fred Hampton.

The Human Voice – A woman watches time passing next to the suitcases of her ex-lover (who is supposed to come pick them up, but never arrives) and a restless dog who doesn’t understand that his master has abandoned him. Two living beings facing abandonment.

Piccadilly – A young Chinese woman, working in the kitchen at a London dance club, is given the chance to become the club’s main act.