I’m sure you’ll be pleased to know that North Korean media have finally admitted that their founding father – “The Great Leader Kim Il Sung” did NOT have the power to teleport, shrink the Earth and travel between points in an instance. 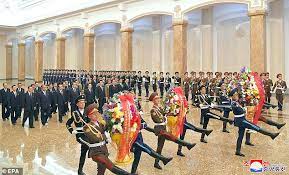 Official media in that country have for years been making such claims but now an article in the official newspaper RODUNG SINMUN has finally declared that even their great leader achieved his victory over the Japanese not by magic, but was solely down to popular support.

In the article titled ‘The Secret To Teleportation’ they have now admitted that not even KIM IL SUNG was able to disappear and reappear by folding space!

Some other claims yet to be debunked are that the “Dear Leader Kim Jong Il” playing golf had shot a 38 under par round of golf with five holes-in-one, at his first attempt at the sport whilst the current “Dear Respected leader Kim Jong Un” was able to drive at the age of 3.

What is probably true is that Mr Kim has private toilets fitted in his cars, trains and other vehicles he uses whenever he travels anywhere. 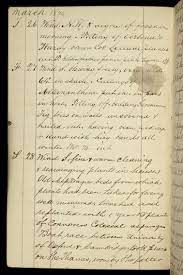 Margaret Mills joined me during the second hour of today’s show, but I’m pretty sure she didn’t teleport but arrived by car! The subject of her historical feature today concerned William Cresswell who’s diary entries from around 1874 provide a glimpse of the daily lives of himself and his colleagues working in the grounds of Audley End.

You can listen again here to what Margaret had to say about this: –