Now I think we’ve all heard about male residents of North Korea copying the hair style of their leader KIM JONG-UN but now the country has announced a whole heap of guidance for fashion conscious citizens of that country. 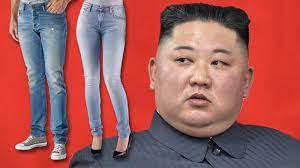 They have just announced that skinny jeans, ripped jeans, T-shirts with slogans, mullet hairstyles nose rings and lip piercings are “out” because they’re all representative of capitalist societies.

There are 15 ‘socialist approved’ haircuts that everyone must pick from when they go to the salon or barber.

North Korean newspaper, RONDUNG SINMUN spelt out the measures in detail saying, “History teaches us a crucial lesson that a country can become vulnerable and eventually collapse like a damp wall regardless of its economic and defence power if we do not hold on to our own lifestyle.

“We must be wary of even the slightest sign of the capitalistic lifestyle and fight to get rid of them.”

But before you get too smug perhaps you should note that style restrictions are also imposed here!

For example did you know that drivers here, caught behind the wheel wearing baggy jeans, a long skirt or a dress, or the wrong choice of footwear could be at risk of a £5,000 fine if they’re pulled over by the police? 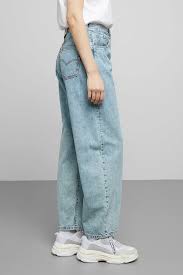 And It’s not just a fine, either.

You could also receive points on your licence!

If caught you’ll get a £100 fine and three points on the spot, but if it goes to court the maximum penalties are £5,000, nine penalty points, and even potentially a driving ban.

As rule 97 of the Highway Code states: “The clothing and footwear you choose to wear whilst you are driving must not prevent you from using the controls in the correct manner.”

You also need to take care with your choice of sunglasses as they might be considered too dark to drive in, and the frames could mean that your peripheral vision is obscured, too.

You have been warned!

Later in the show I was joined by Margaret Mills who took us over to Valentine’s Park in Ilford, and more especially the “so called” Holy Well.

Listen again here to what Margaret had to say about this: –

See you once again next week,
Scott