Satisfying to talk to artists who are normally doing “bigger” interviews 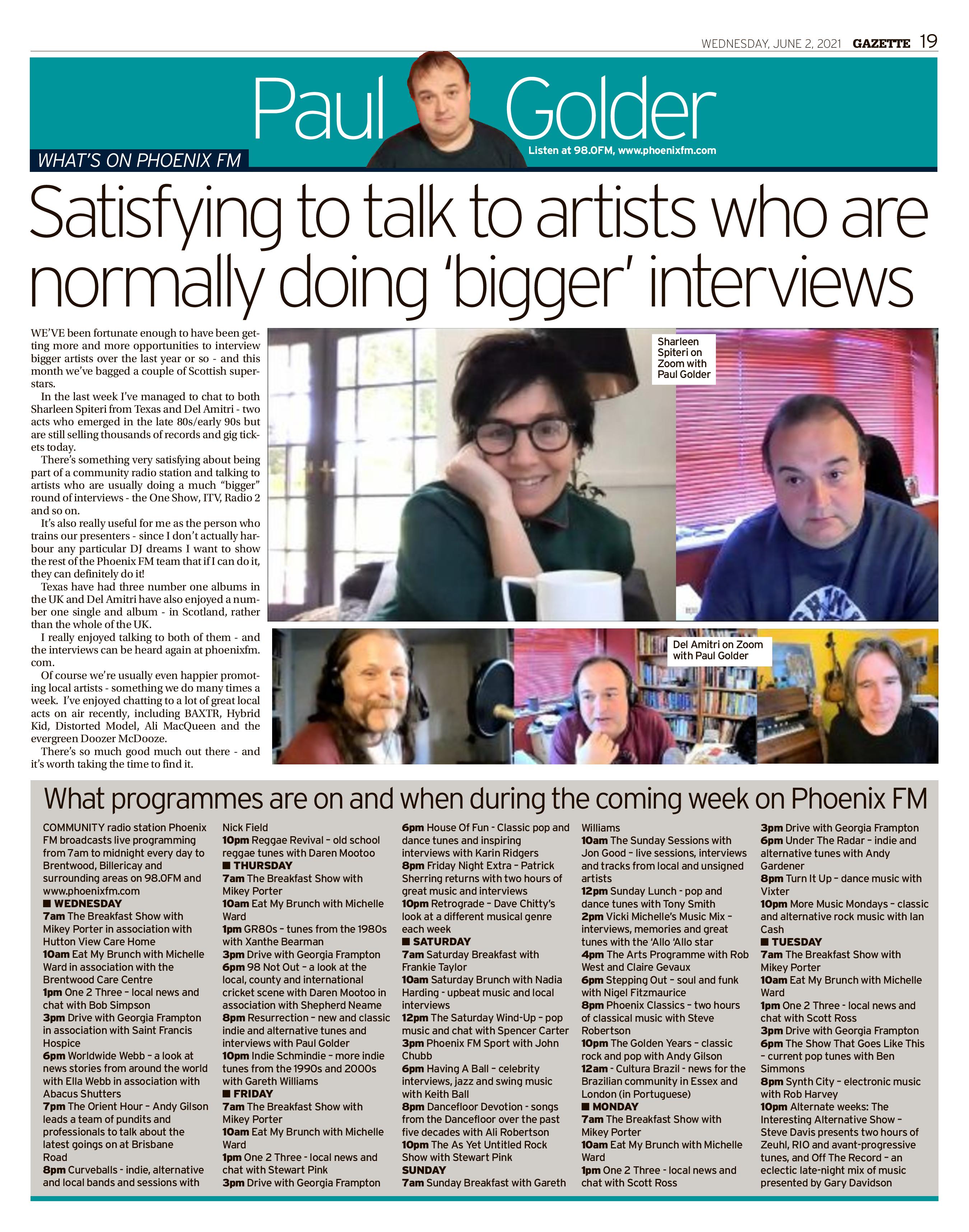 We’ve been fortunate enough to have been getting more and more opportunities to interviewer bigger artists over the last year or so – and this month we’ve bagged a couple of Scottish superstars.

In the last week I’ve managed to chat to both Sharleen Spiteri from Texas and Del Amitri – two acts who emerged in the late 80s/early 90s but are still selling thousands of records and gig tickets today.

There’s something very satisfying about being part of a community radio station and talking to artists who are usually doing a much “bigger” round of interviews – the One Show, ITV, Radio 2 and so on.

It’s also really useful for me as the person who trains our presenters – since I don’t actually harbour any particular DJ dreams I want to show the rest of the Phoenix FM team that if I can do, they can definitely do it!

Texas have had three number one albums in the UK and Del Amitri have also enjoyed a number one single and album – in Scotland, rather than the whole of the UK. I really enjoyed talking to both of them – and the interviews can be heard again at phoenixfm.com.

Of course we’re usually even happier promoting local artists – something we do many times a week. I’ve enjoyed chatting to a lot of great local acts on air recently, including BAXTR, Hybrid Kid, Distorted Model, Ali MacQueen and the evergreen Doozer McDooze. There’s so much good much out there – and it’s worth taking the time to find it.