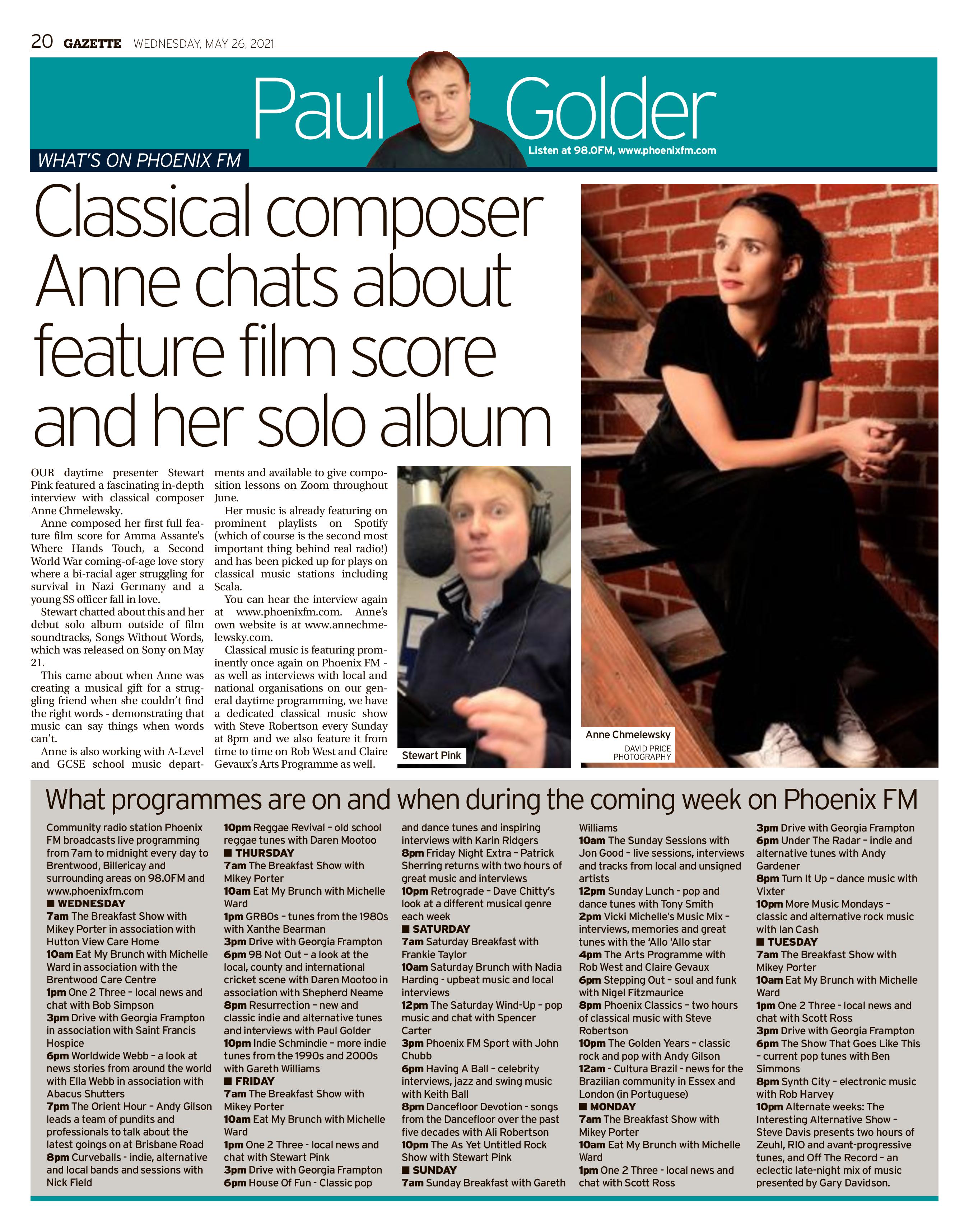 Stewart chatted about this and her debut solo album outside of film soundtracks, Songs Without Words, which was released on Sony on 21 May. This came about when Anne was creating a musical gift for a struggling friend when she couldn’t find the right words – demonstrating that music can say things when words can’t.

Anne is also working with A-Level and GCSE school music departments and available to give composition lessons on zoom throughout June.

Her music is already featuring on prominent playlists on Spotify (which of course is the second most important thing behind real radio!) and been picked up for plays on classical music stations including Scala.

You can hear the interview again at www.phoenixfm.com and Anne’s own website is at www.annechmelewsky.com.

Classical music is featuring prominently once again on Phoenix FM – as well as interviews with local and national organisations on our general daytime programming, we have a dedicated classical music show with Steve Robertson every Sunday at 8pm and we also feature it from time to time on Rob West and Claire Gevaux’s Arts Programme as well.