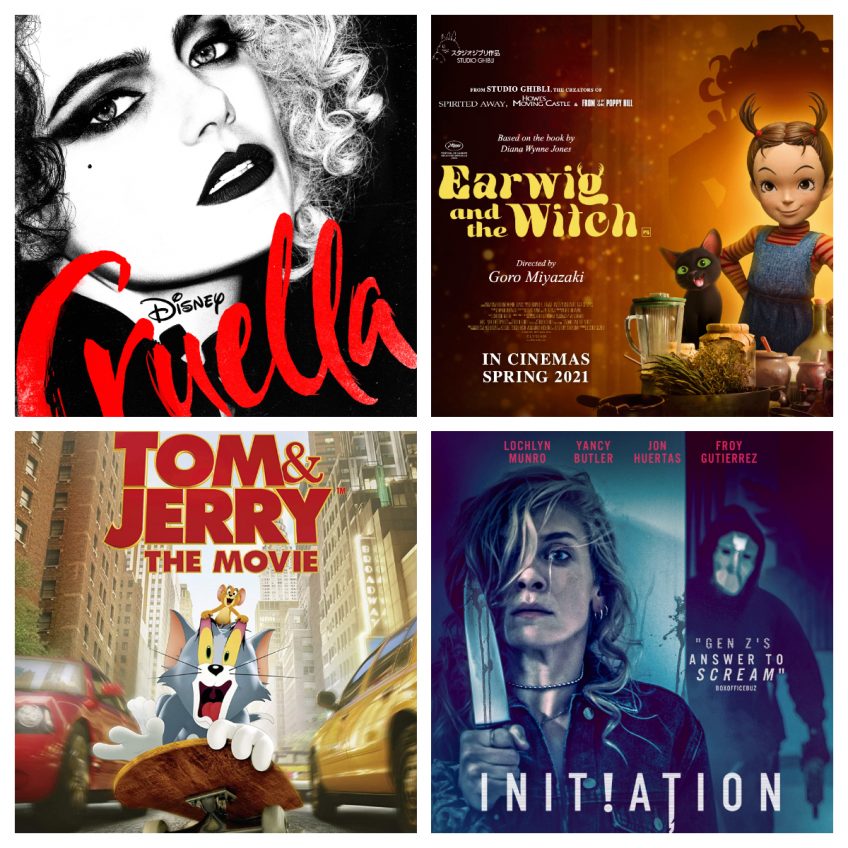 Cruella – When Estella stumbles into a job with 1970s fashion mogul The Baroness, she thinks she has the perfect job. That is until she discovers her employer has a secret. This brings out a dark side to Estella.

Earwig and the Witch – An orphan girl, Earwig, is adopted by a witch and comes home to a spooky house filled with mystery and magic.

Tom & Jerry: The Movie – Tom and Jerry have both been thrown out of their places to live. They travel to New York City where they end up living in a very elegant hotel that is about to host the celebrity wedding of the year.

Initiation – Whiton University unravels the night a star-athlete is murdered, kicking off a spree of social media slayings that force students to uncover the truth behind the school’s hidden secrets and the horrifying meaning of an exclamation point.