So did the Covid bug escape from China as some experts suggest?

In truth we’ll probably never know for sure but one thing we can report with confidence is that a Chinese Safari Park failed to tell anyone when 3 of their leopards escaped. 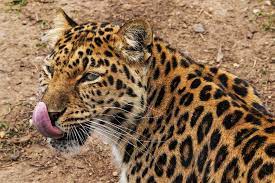 After the leopards were spotted roaming residential areas and tea plantations near the park on Saturday, residents contacted authorities to report the sightings, according to a statement from the Fuyang District government.

Investigations by local police discovered that the creatures had escaped from the Hangzhou Safari Park in the city of Fuyang on the 19th April but that park officials didn’t want to report the matter for fear that the news might impact the number of tourists that the park hoped to attract during the country’s May Day Public Holidays.

Never mind if any members of the public might have ended up on the menu of the animals.

Local police said that five people in charge of the park, including its general manager, had been detained, and that an investigation has been launched into the incident.

Search teams, using drones and hunting dogs, were dispatched to look for the animals. Two of them have been found and captured, with park officials saying they are in good health.

But the third is still at large, so maybe keep your doors and windows closed.

Last Saturday morning the safari park merely announced that they would be suspending operations citing safety issues but made no mention of the escaped leopards.

However, after a surveillance video showing a leopard in the high-end residential Jinyuan Villa area went viral online Friday, the park was forced to finally inform the public of the escaped leopards.

On Saturday evening, they said they were “very sorry” for not alerting the public sooner, insisting that the leopards were only juveniles and that they were worried the announcement might cause panic – rightfully so, I would think!

Later in the programme I was joined by Margaret Mills who told us about a lady who lived on the Essex/Hertfordshire border during the early 1800’s.

The lady in question was DIANA SPERLING, who was famous for her watercolour paintings, and became known as “THE JANE AUSTIN OF ART”.

Listen again here to what Margaret had to say about this amazing person:-