The Lady of Heaven – making strides in the film industry

Written by Barbara Wintergreen in Lifestyle👁 175 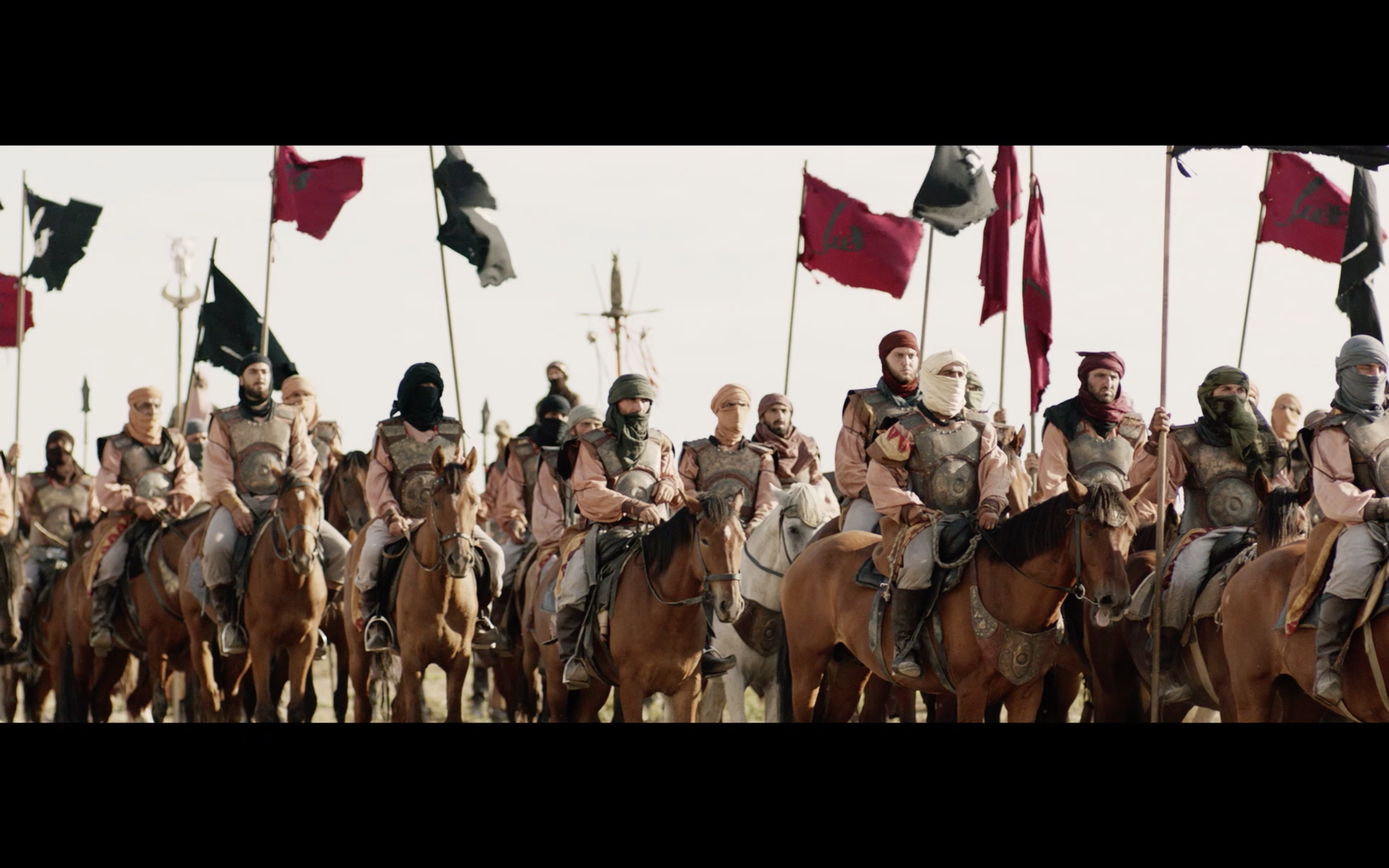 Internationally Recognised Feature Film, The Lady of Heaven has already garnered support from millions of fans worldwide ahead of its release

With over 2.3 million views on just the first trailer alone, The Lady of Heaven is already making strides in the film industry ahead of its release. Described as “Lawrence of Arabia meets Game of Thrones”, the highly-anticipated $15 million drama is expected to start it’s festival circuit shortly with amazing support from fans and industry insiders alike.

Written by Sheikh Al-Habib, produced by Matthew Kuipers and Enlightened Kingdom, executive produced by Richard Rionda Del Castro, Irakli Chikvaidze, and Abdul Malik Shlibak, and represented by sales agent Hannibal Media, The Lady of Heaven follows two intertwined storylines that are separated by 1400 years. Despite being separated by many years, the two stories remain closely connected. 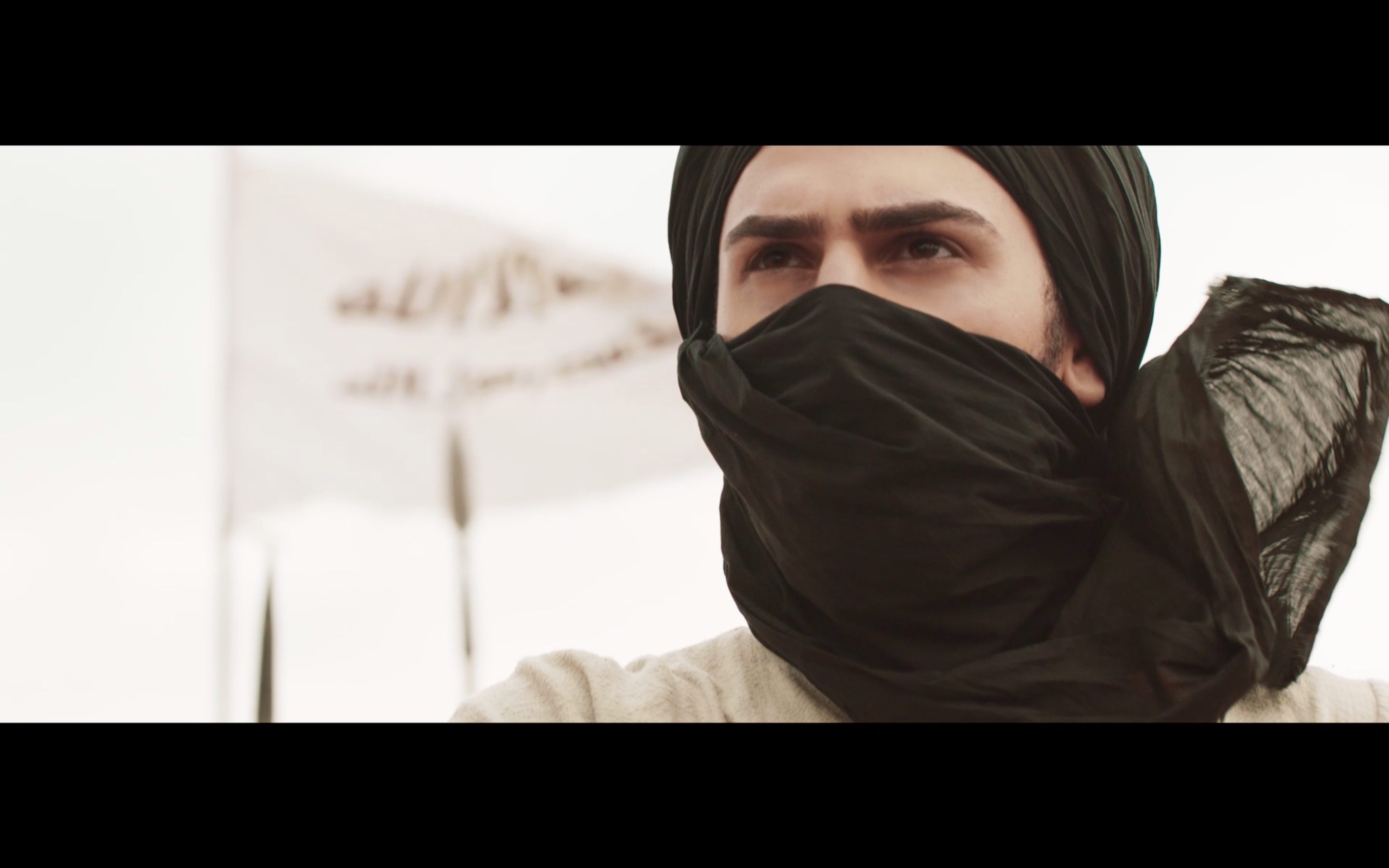 The film follows the heart-wrenching story of Lady Fatima, the daughter of the great Prophet Muhammad, and how her suffering as the first victim of terrorism spirals into the 21st century. The carefully crafted film also shares the story of a young Iraqi boy named Laith who finds himself on a journey of survival after losing his mother to the war in his home country. The boy meets a sympathetic grandmother who narrates the tale of Lady Fatima and he begins to truly understand the power of patience. The historical roots of radical groups such as ISIS are depicted in the film and provide viewers with insight to past and present terror groups during both Lady Fatima and Laith’s lifetimes.

Academy Award Winner John Stephenson OBE serves as creative consultant for the film and hopes that this film will provide deeper meaning and historical context to the audience. Executive Producer Abdul-Malik Shlibak explains, “The Lady’s story is a much-needed message of patience, hope and strength in a time of global uncertainty and hardship.” Sharing a universal message of the importance of coming together during difficult times, the film is set to leave audiences hopeful for the future. Featuring a talented cast including Ray Fearon, Christopher Sciueref, Mark Anthony Brighton, Denise Black, Lucas Bond, Sami Karim, Albane Courtois, Matthew Brenher, Chris Jarman, Yasmin Mwanza, Dimitri Andreas and Oscar Garland, the production commenced filming in the Caucasus region of Georgia and parts of London, England. 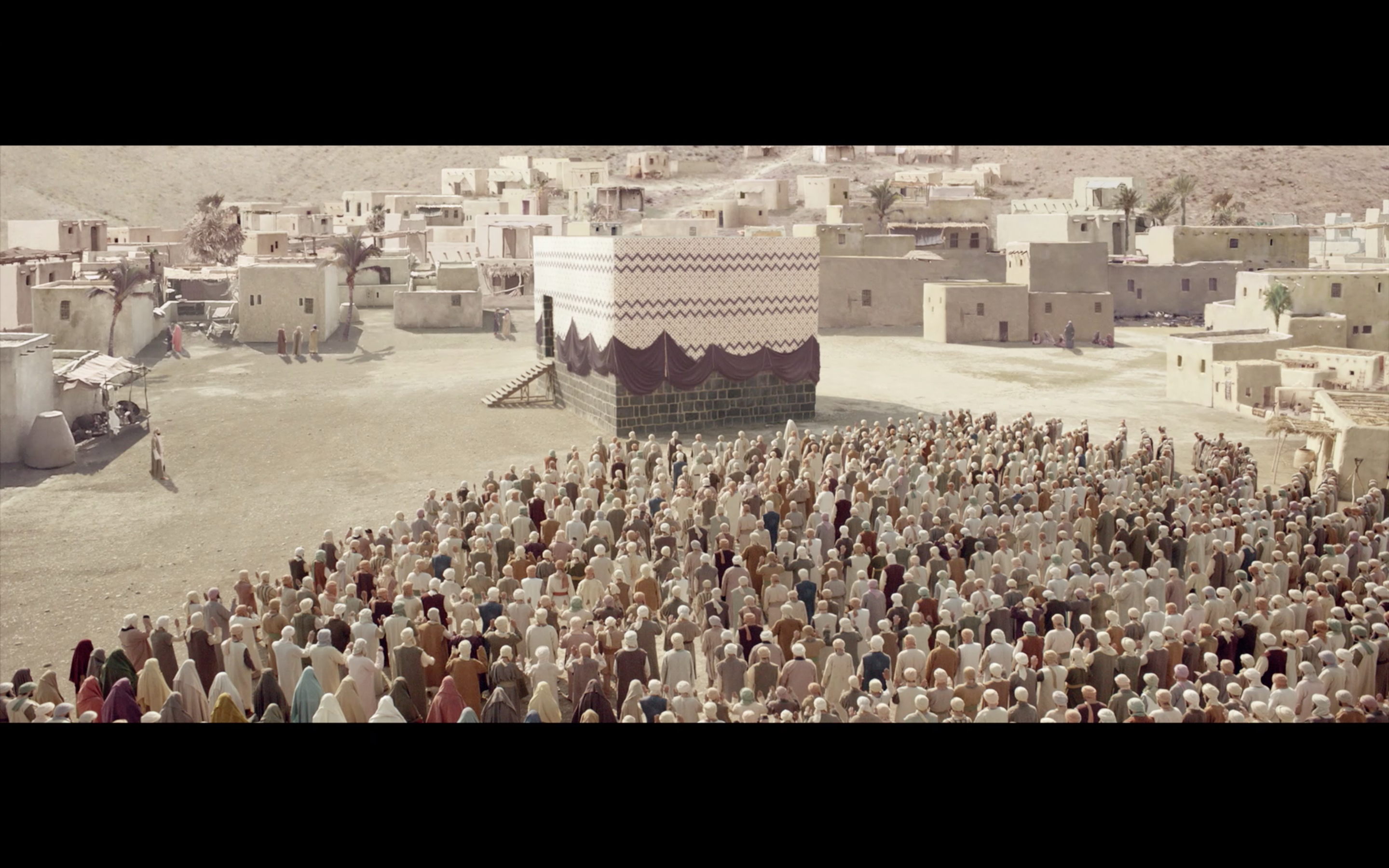 Wanting to maximize the historical accuracy within the film, Shlibak describes, “One of the important considerations to mention is that we put extreme time and effort into making sure the film is historically accurate. Everything in this film is backed by historical texts.” From historical records to the characters to the events and costumes, everything needed to be backed by historical texts. Producer Matthew Kuipers shares, “It’s incredible to think that we built a replica of the city of Medina, that we made this extraordinary period of history come alive so wholly, with all the details so exquisitely drawn”. The dedication and hard work put into achieving complete historical accuracy is reflected in the beautiful and highly detailed frames throughout the film.

One of the biggest challenges that came with the creation of the film was working around the delicate issue of depicting a holy figure on screen. It is against Islamic law to include a depiction of a holy figure by a human actor in film. Abiding by Islamic tradition, filmmakers needed to utilize groundbreaking technology in order to represent holy figures on screen. The performances of the Holy Personalities were portrayed on screen through a “unique synthesis of actors, in-camera effects, lighting, and visual effects,” stated the film producers. Before filming began, extensive research was completed to ensure complete historical accuracy and that no religious codes were being broken. Each and every shot was approved by a religious expert before moving forward in the production process.

“The performances of the Holy Personalities were achieved through a unique synthesis of actors, in-camera effects, lighting, and visual effects in post.” Led by Stephenson, the creative team used innovative technology to represent the Holy Personalities and bring the story of Lady Fatima to life. Using exquisite CGI effects, the creative team was very successful in crafting a realistic and respectful depiction. The special effects in the film are one of the film’s most groundbreaking elements that make this film especially unique. 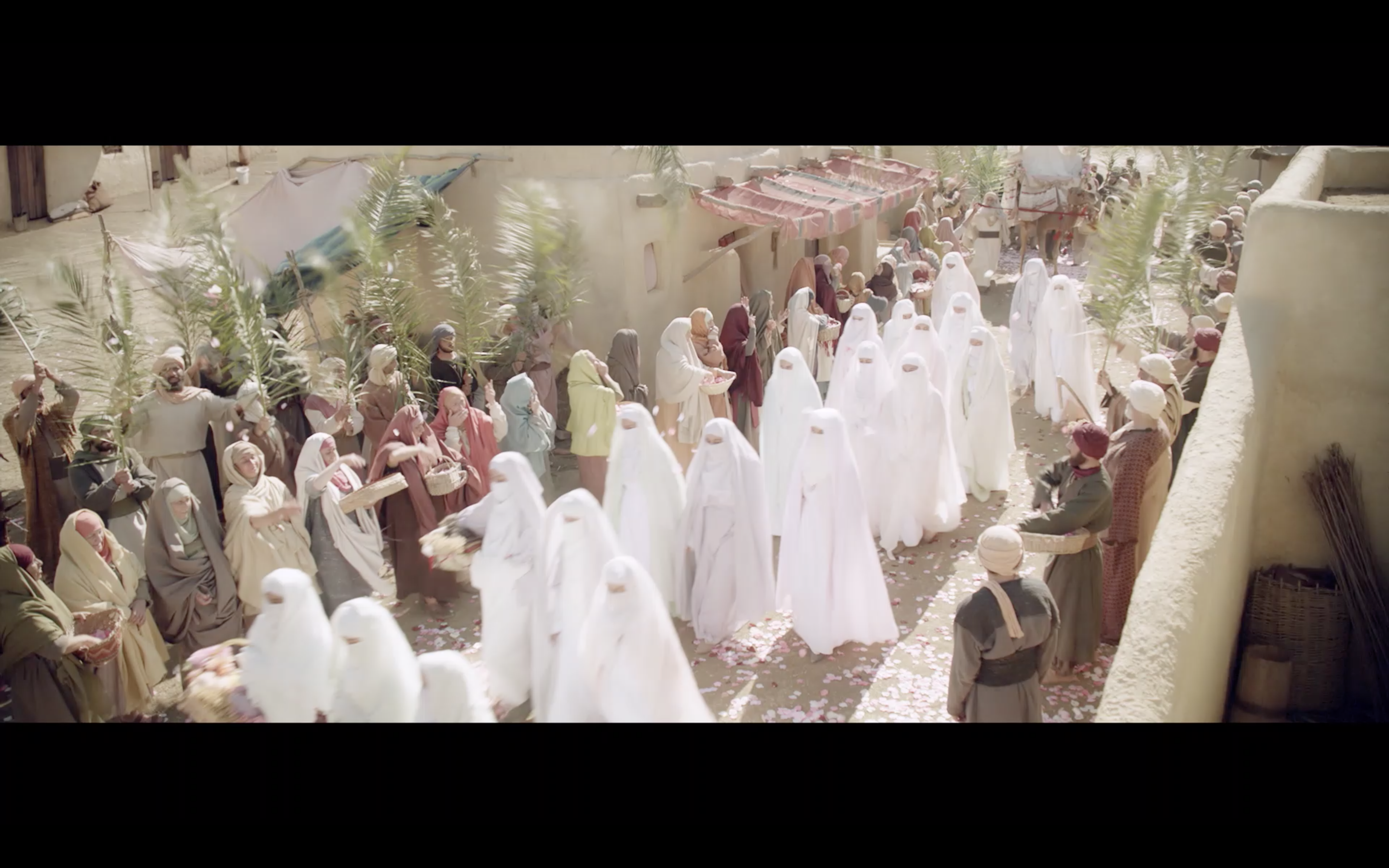 Despite the extensive production process, the millions of trailer views, and enthusiastic fans, the film continues to be met with controversy. Lady Fatima’s story is one that is extremely sacred and adored by many. However, in religious sects of Islam, some believe that to share this story on film is to commit an act of mortal sin. Leaders from Iran and Pakistan wish for this film to be banished yet the people of Iraq are celebrating the upcoming release of the film and looking forward to having their voices be heard. “The Lady Of Heaven’ is not just about Fatima. It is all of the whole rich history, and we picked The Lady because she is such a brilliant fascinating woman, who all Muslims have a deep love for.” Despite controversy, filmmakers are hoping that others will appreciate the challenges they faced while bringing the story to life while respectfully honoring the legacy of Lady Fatima.

The inspiring story of Lady Fatima will have a profound impact on the lives of viewers everywhere. The Lady of Heaven contains tremendous amounts of emotion that viewers will be able to universally connect with as they follow Lady Fatima’s powerful journey. Executive Producer, Malik Shlibak notes that Lady Fatima’s story, “has profoundly shaped every aspect of my life. Her story is filled to the brim with wisdom, compassion, selflessness, and strength that one can’t help but be mesmerised. Since discovering her story, I’ve felt it is one the world deserves and needs to know”.