Ex-footballer Anton chats about new project and racism in sport

Written by Paul Golder in In The Papers👁 516 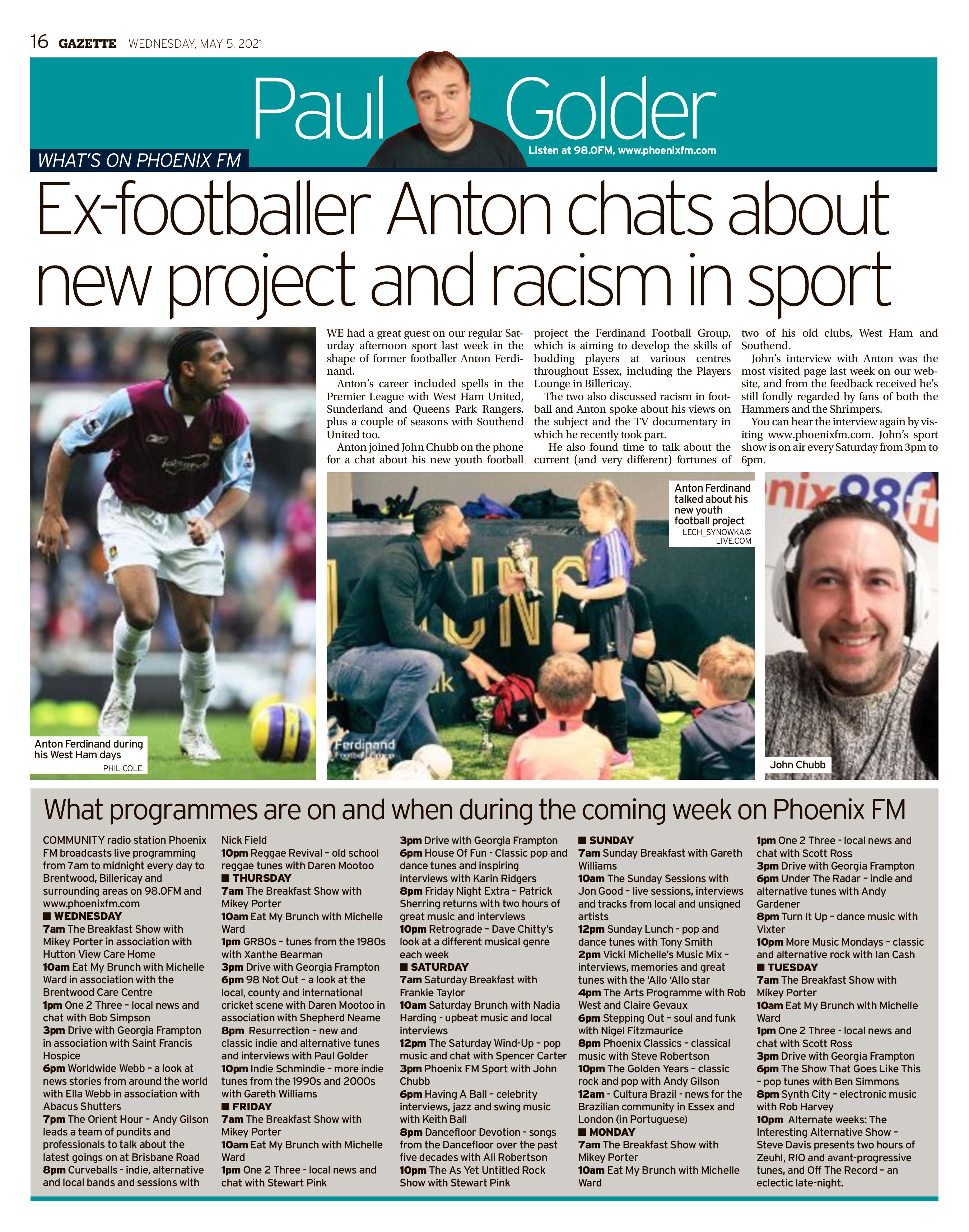 We had a great guest on our regular Saturday afternoon sport last week in the shape of former footballer Anton Ferdinand.

Anton’s career included spells in the Premier League with West Ham United, Sunderland and Queens Park Rangers, plus a couple of seasons with Southend United too.

Anton joined John Chubb on the phone for a chat about his new youth football project the Ferdinand Football Group, which is aiming to develop the skills of budding players at various centres throughout Essex, including the Players Lounge in Billericay.

The two also discussed racism in football and Anton spoke about his views on the subject and the TV documentary in which he recently took part. He also found time to talk about the current (and very different) fortunes of two of his old clubs, West Ham and Southend.

John’s interview with Anton was the most visited page last week on our website, and from the feedback received he’s still fondly regarded by fans of both the Hammers and the Shrimpers.

You can hear the interview again by visiting www.phoenixfm.com. John’s sport show is on air every Saturday from 3pm to 6pm.