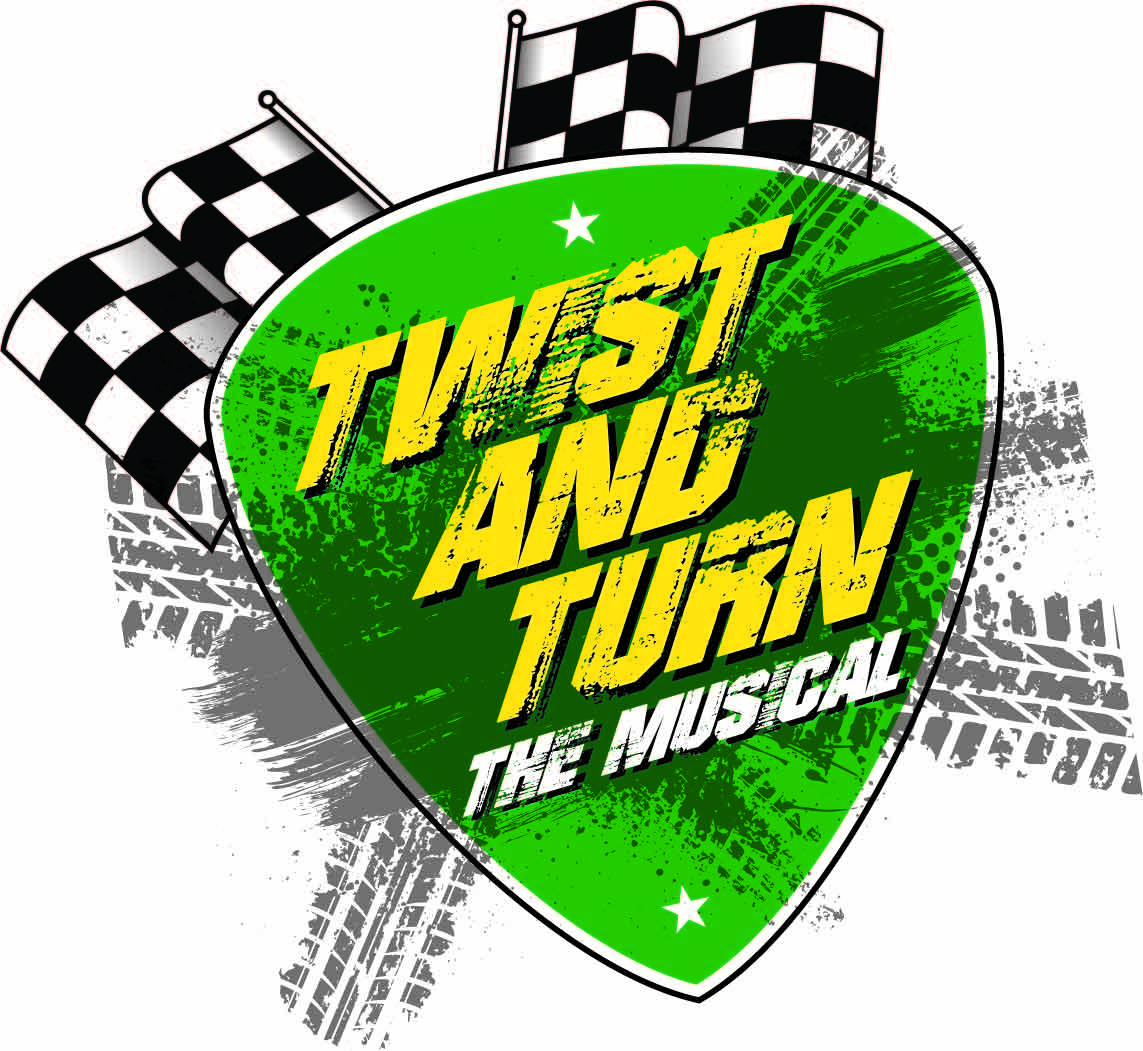 You may have heard us playing Will The Tail Lights Burn? from Donna Hazleton recently on our shows. The song is taken from the new rock musical ‘Twist and Turn’ based around the Isle of Man TT races.

With a high octane mix of motorbikes, rock music, sex and mythology (which draws upon many of the centuries old beliefs embedded within Isle of Man culture) ‘Twist and Turn’ received standing ovations when it was showcased to full houses at The Other Palace studio theatre in London in 2018 and is now being prepared for the next stages in the journey for this exciting new rock musical. 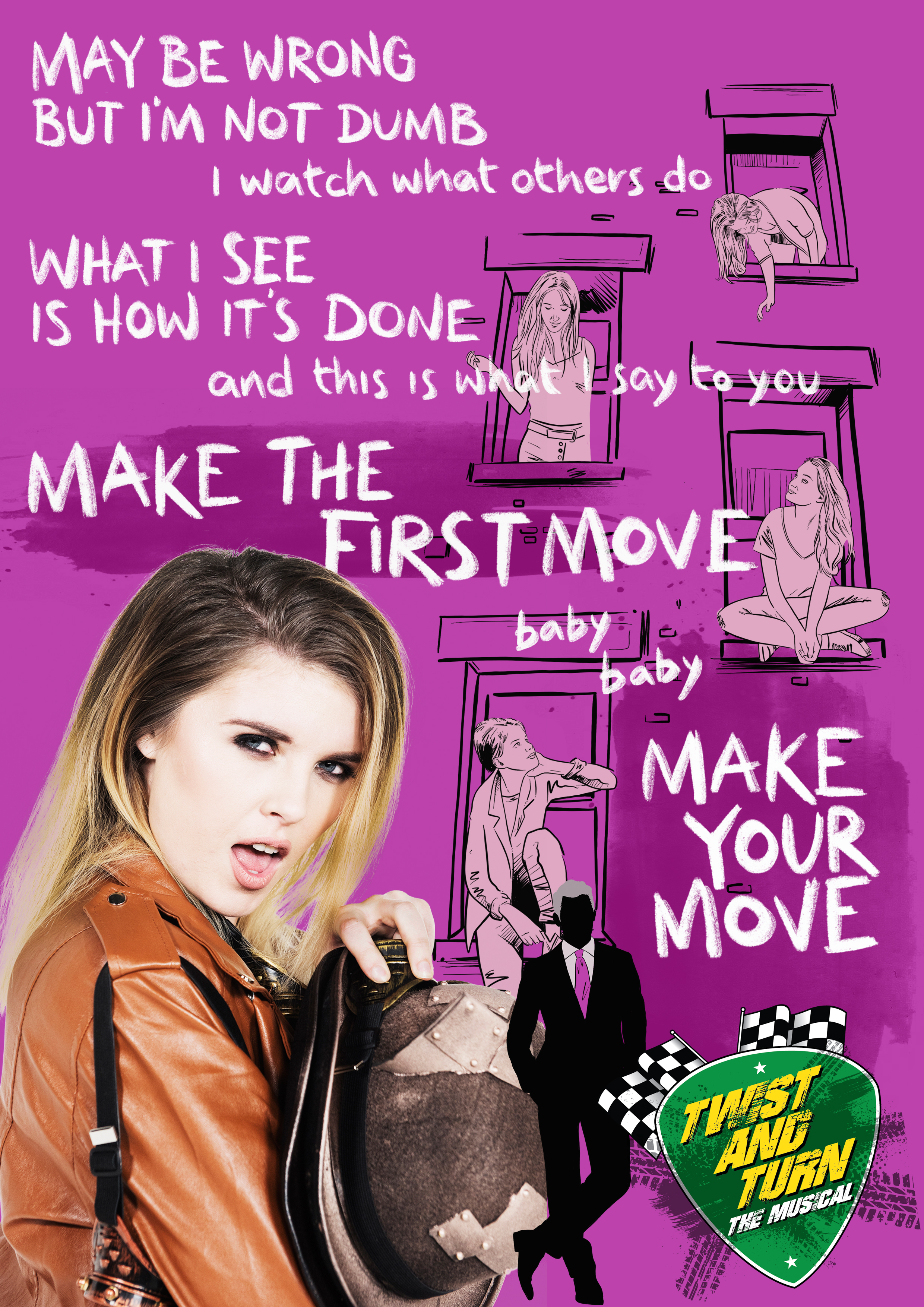 Tony Gibbs wrote the script as well as most of the songs for the show (music and lyrics) and co-wrote the remaining songs with long time collaborators Graeme Duffin of the legendary band Wet Wet Wet and Esther and Tim O’Connor (Ashton Lane) as well as co-writes between Tony and award winning record producer Sandy Jones.

We caught up with Tony to talk about his musical career – you can see our interview here.

Following audience feedback to the 2018 showcase performances of ‘Twist and Turn’, some songs were dropped and as well as re-working the script, Tony and Sandy have written 8 new songs for the musical during lockdown on a socially distanced basis with the show being relaunched as a series of YouTube videos featuring graphics from the all new graphic novel of ‘Twist and Turn’ which is being published in the autumn of 2021 along with the release of the ‘Twist and Turn’ album.

A further stage version of the musical is on hold for the time being until theatres can fully re-open. 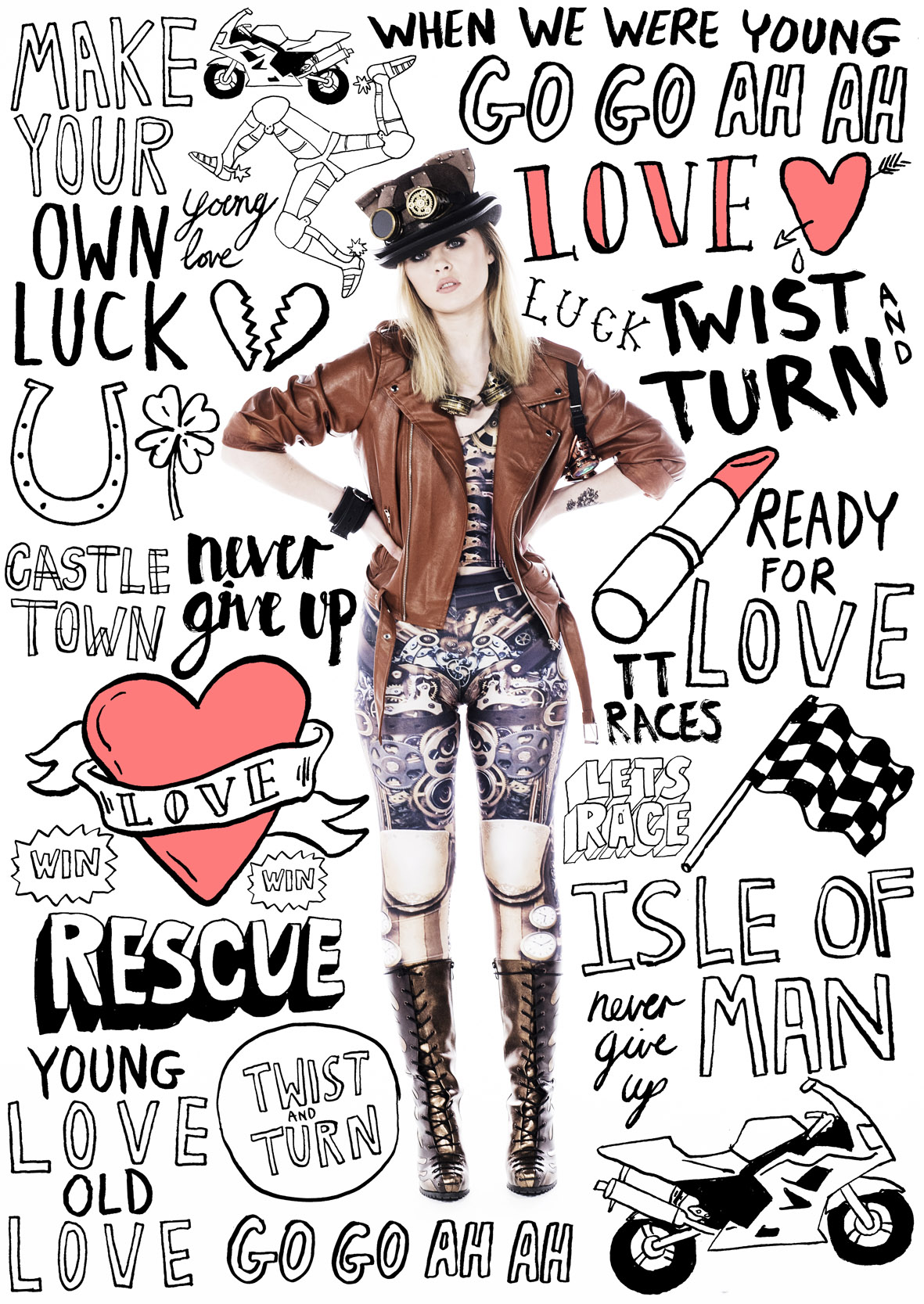 In 2004, Donna Hazelton won ‘Musicality’ one of the first reality TV shows with the prize of performing as Mama Morton in the hit West End show ‘Chicago’ for six months. She has since enjoyed a hugely successful career in musical theatre and is well known throughout Scotland where she has played the lead in many top shows, most recently (just before lockdown) in Sunset Boulevard.

Donna has recorded six songs for the ‘Twist and Turn’ album scheduled for release in October 2021 including ‘Will The Tail Lights Burn?’

Graeme Duffin has been an unofficial member of Wet Wet Wet since the band was formed, and still plays with them at live shows (prior to the pandemic) as well as having produced many of their hits.

Graeme is also to be found performing with his daughter and son-in-law (Esther and Tim O’Connor) in their band Ashton Lane, and has produced all of their studio albums including the UK #1 Country album ‘Nashville Heart’. Graeme co-wrote some of the songs for ‘Twist and Turn’ with Tony Gibbs. 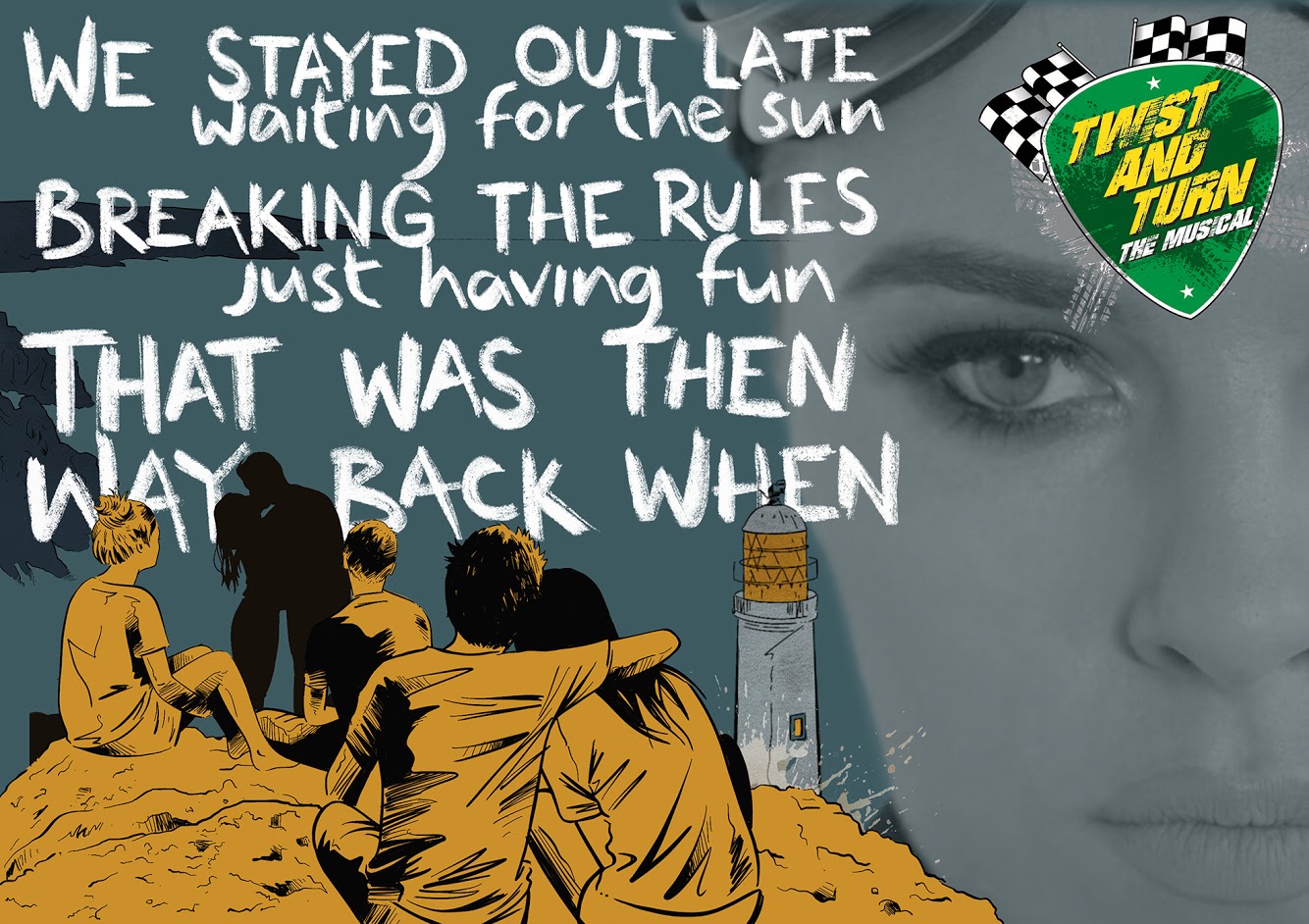 Other members involved include Ashton Lane – husband and wife Esther O’Connor and Tim O’Connor with many successful albums to their name and (pre pandemic) a relentless touring schedule taking in the UK as well as Scandinavia, Germany and throughout Europe, and John Harley Weston who won the Australian National Songwriting Contest in 2005. John also held the number one spot for an entire 6 months on the Australian Indie Radio Charts with his humanitarian song ‘Brothers And Sisters’ and his music was featured on Channel 9’s ‘The Voice’ (2012) and included in Channel 7’s Beijiing Olympics playlist (2008). John’s recording of ‘The Perfect Glove’ by Tony Gibbs and Sandy Jones reached #1 on the UK Country charts in 2021

You can find out more on the Twist and Turn official website or by following them on Twitter. 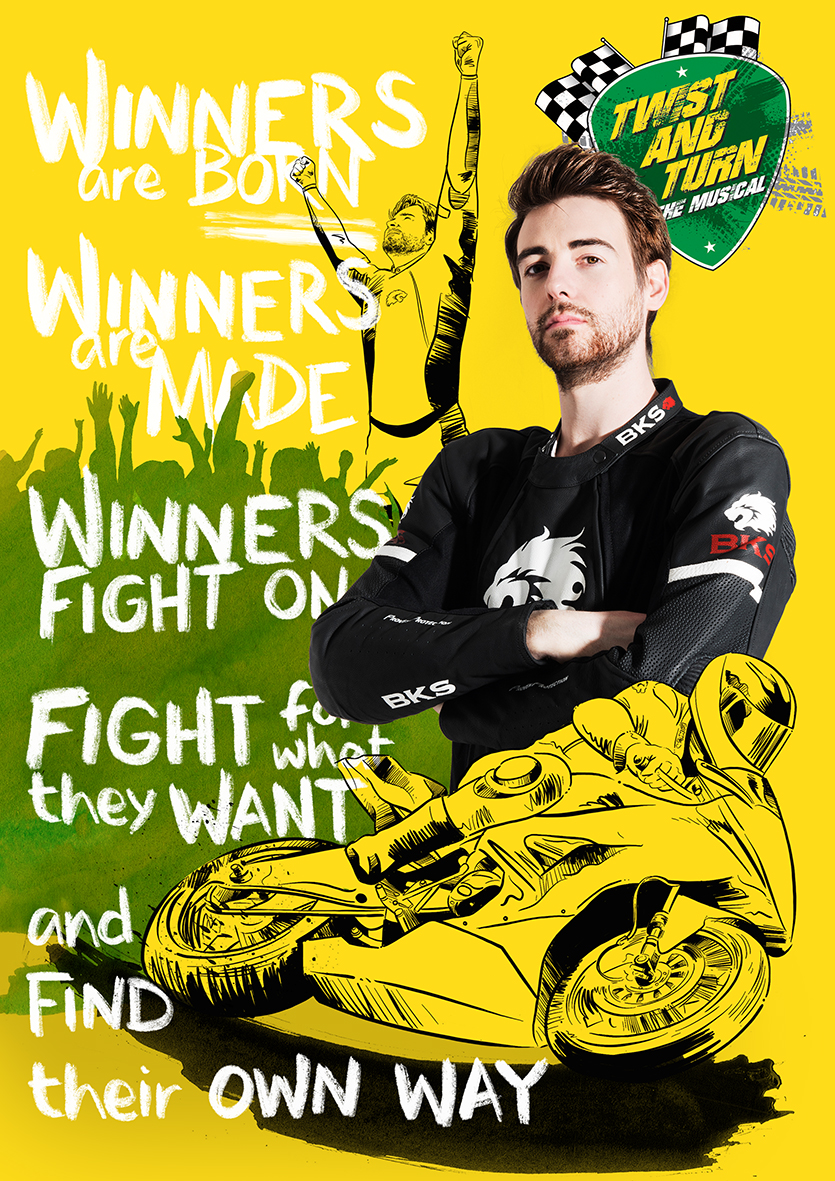