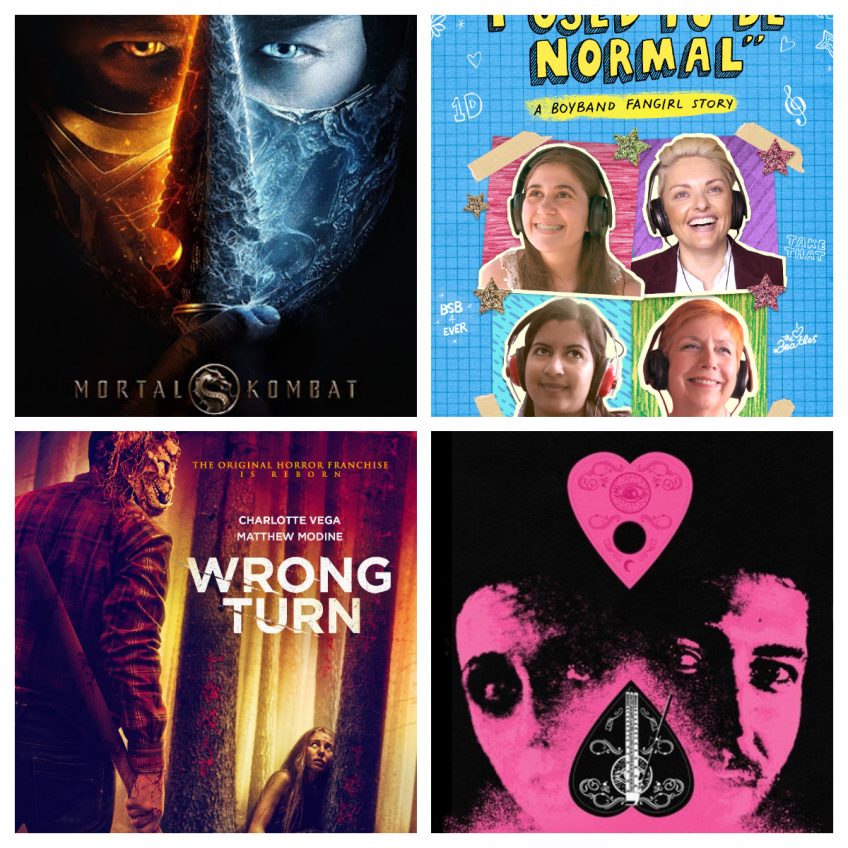 Mortal Kombat – MMA fighter Cole Young seeks out Earth’s greatest champions in order to stand against the enemies of Outworld in a high stakes battle for the universe.

I Used To Be Normal: A Boyband Fangirl Story – Four diverse women had their lives dramatically changed by their love of a boy band – Backstreet Boys, One Direction, Take That and The Beatles.

Wrong Turn – Friends hiking the Appalachian Trail are confronted by ‘The Foundation’, a community of people who have lived in the mountains for hundreds of years.

A Ghost Waites – A man’s job requires him to clean a house, which turns out to be haunted. In the course of trying to exorcise the ghost, he falls in love with her.