Film Reviews: Nomadland, Without Remorse, The Mitchells vs The Machines, Let Him Go, Stray 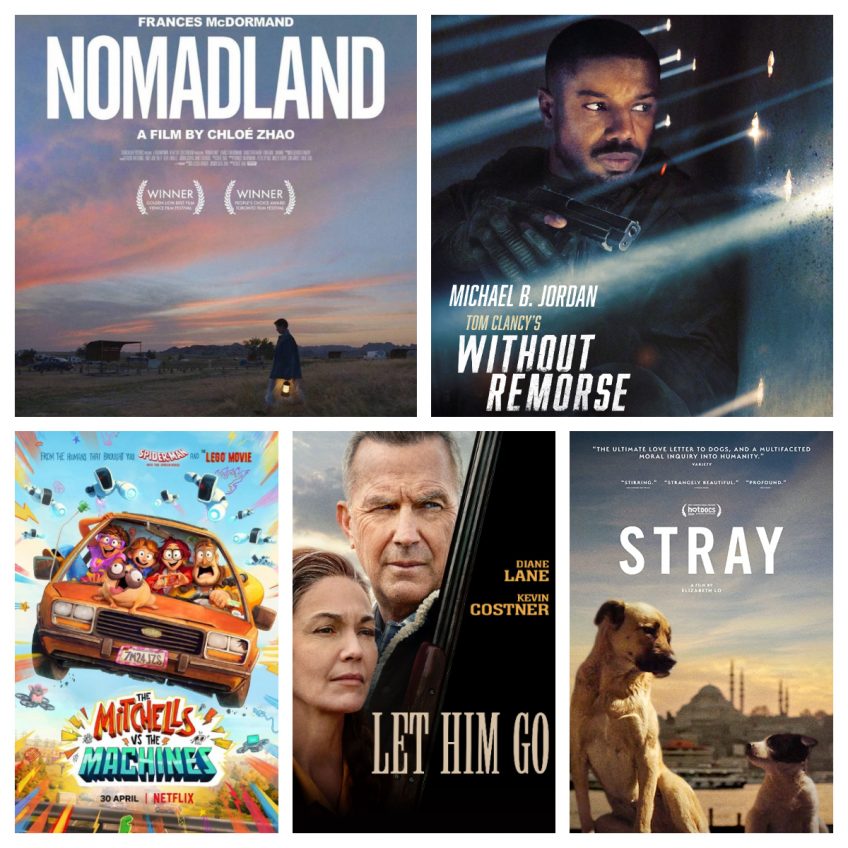 Nomadland – A woman in her sixties who, after losing everything in the Great Recession, embarks on a journey through the American West, living as a van-dwelling modern-day nomad.

The Mitchells vs The Machines – A quirky, dysfunctional family’s road trip is upended when they find themselves in the middle of the robot apocalypse and suddenly become humanity’s unlikeliest last hope.

Without Remorse – John Clark, a Navy SEAL, goes on a path to avenge his wife’s murder only to find himself inside of a larger conspiracy.

Let Him Go – A retired sheriff and his wife, grieving over the death of their son, set out to find their only grandson.

Stray – The world of Zeytin, a stray dog living life on the streets of Istanbul.