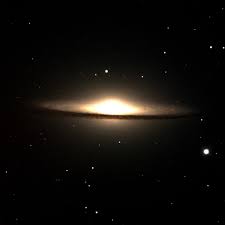 You may have heard us playing out Planetoid by Magnetic Dust Collectors on our Rising Stars show recently – and we caught up with Charlie Franz and Brandon Chopp to find out a little bit more about themselves and their music.

CF: My name is Charlie. I comprise Magnetic Dust Collectors along with my friend and former college roommate Brandon Chopp. I enjoy making music, writing short stories, and trying my best at various video games.

BC: When my new stepdad immediately shamed me for having Blue Öyster Cult and Black Sabbath CDs and that I should be listening to country like him.

Charlie Franz: My passion for music stems from the first time I heard Hard Day’s Night and Sgt Pepper sitting on my dad’s lap. I also loved listening to oldies and classic rock radio in the car.

BC: My favourites were Blue Öyster Cult, Black Sabbath, Led Zeppelin, Metallica, and the soundtrack to the first Guitar Hero game, which I was gifted for my 9th birthday.

CF: I loved The Beatles, The Beach Boys, Yes, Led Zeppelin, etc. I got into indie rock more in high school: bands and artists like Bon Iver, Fleet Foxes, Sufjan Stevens, and Animal Collective, as well as more experimental groups like The Velvet Underground.

BC: Space is the place.

CF: We’re working on an album with varying shades of space rock and psychedelia. One single we’ve released is very heavy and a bit metal: the other is more acoustic in nature.

BC: The biggest and most obvious group as an influence would be Hawkwind, but I have also been voraciously listening to Van der Graaf Generator, Gentle Giant, and Throbbing Gristle as of late.

CF: I’ve been really into the Grateful Dead and Neil Young recently; I also really enjoyed Improvisations: Live in Concert by R. Carlos Nakai and Peter Kater. These influences mainly trickle down to my solo work, although you can hear traces of world music and a softer Youngish introspection in some of Magnetic Dust Collectors’ work.

CF: Who else but Brandon Chopp?

BC: Get my partner to release tracks I sent him in December.

You can find the band’s music by checking them out on Bandcamp at https://cwfranz.bandcamp.com/.