Written by Paul Golder in In The Papers👁 342 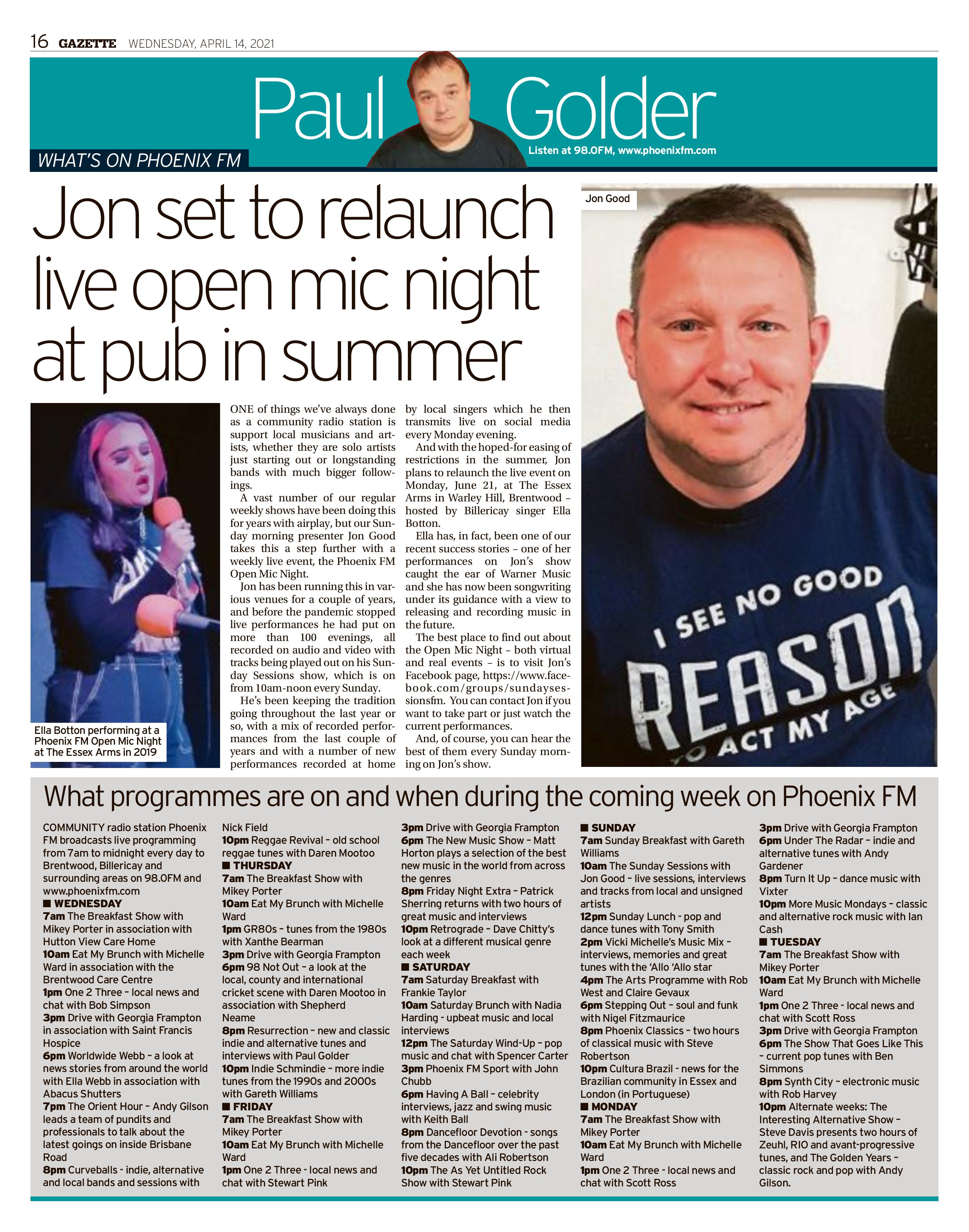 One of things we’ve always done as a community radio station is support local musicians and artists, whether they are solo artists just starting out or longstanding bands with much bigger followings.

A vast number of our regular weekly shows have been doing this for years with airplay, but our Sunday morning presenter Jon Good takes this a step further with a weekly live event, the Phoenix FM Open Mic Night.

Jon has been running this in various venues for a couple of years, and before the pandemic stopped live performances he had put on over 100 evenings, all recorded on audio and video with tracks being played out on his Sunday Sessions show, which is on from 10am-midday every Sunday.

He’s been keeping the tradition going throughout the last year or so, with a mix of recorded performances from the last couple of years, with a number of new performances recorded at home by local singers which he then transmits live on social media every Monday evening.

And with the hoped-for easing of restrictions in the summer, Jon plans to relaunch the live event on Monday 21 June at the Essex Arms in Warley Hill, Brentwood – hosted by Billericay singer Ella Botton.

Ella has, in fact, been one of our recent success stories – one of her performances on Jon’s show caught the ear of Warner Music and she has now been songwriting under their guidance with a view to releasing and recording music in the future.

The best place to find out about the Open Mic Night – both virtual and real events – is to visit Jon’s Facebook page, https://www.facebook.com/groups/sundaysessionsfm. You can contact Jon if you want to take part or just watch the current performances.

And of course you can hear the best of them every Sunday morning on Jon’s show.