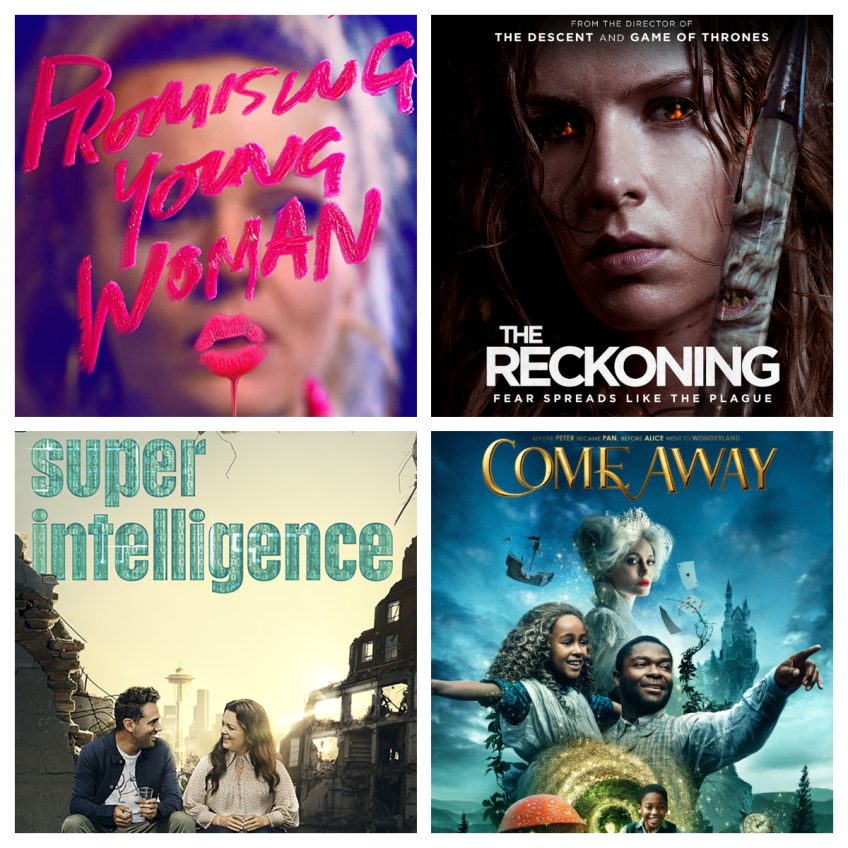 Promising Young Woman – A young woman, traumatized by a tragic event in her past, seeks out vengeance against those who crossed her path.

The Reckoning – Evelyn, a young widow haunted by the recent suicide of her husband Joseph, is falsely accused of being a witch by her Landlord after she rejects his advances.

Superintelligence – When an all-powerful Superintelligence chooses to study average Carol Peters, the fate of the world hangs in the balance. As the A.I. decides to enslave, save or destroy humanity, it’s up to Carol to prove that people are worth saving.

Come Away – When their eldest brother dies, Peter and Alice seek to save their parents from despair until they are forced to choose between home and imagination, setting the stage for their iconic journeys into Wonderland and Neverland.