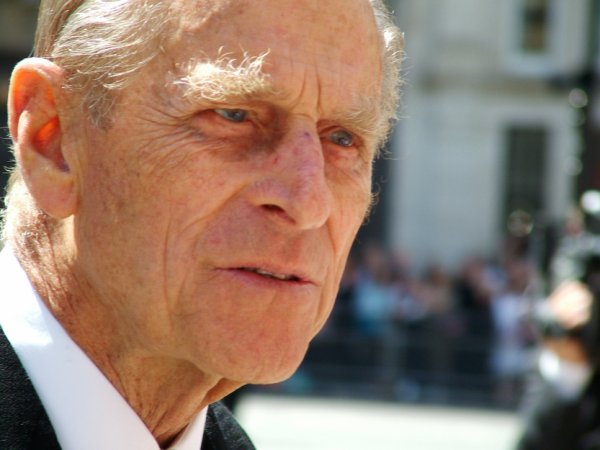 LONDON (AP) — Prince Philip, the irascible and tough-minded husband of Queen Elizabeth II who spent more than seven decades supporting his wife in a role that both defined and constricted his life, has died, Buckingham Palace said Friday. He was 99.

His life spanned nearly a century of European history, starting with his birth as a member of the Greek royal family and ending as Britain’s longest serving consort during a turbulent reign in which the thousand-year-old monarchy was forced to reinvent itself for the 21st century.

He was known for his occasionally racist and sexist remarks — and for gamely fulfilling more than 20,000 royal engagements to boost British interests at home and abroad. He headed hundreds of charities, founded programs that helped British schoolchildren participate in challenging outdoor adventures, and played a prominent part in raising his four children, including his eldest son, Prince Charles, the heir to the throne.

Philip spent a month in hospital earlier this year before being released on March 16 to return to Windsor Castle.

“It is with deep sorrow that Her Majesty The Queen has announced the death of her beloved husband, His Royal Highness The Prince Philip, Duke of Edinburgh,” the palace said. “His Royal Highness passed away peacefully this morning at Windsor Castle.”

Philip saw his sole role as providing support for his wife, who began her reign as Britain retreated from empire and steered the monarchy through decades of declining social deference and U.K. power into a modern world where people demand intimacy from their icons.

In the 1970s, Michael Parker, an old navy friend and former private secretary of the prince, said of him: “He told me the first day he offered me my job, that his job — first, second and last — was never to let her down.”

Speaking outside 10 Downing St., Prime Minister Boris Johnson noted the support Philip provided to the queen, saying he “helped to steer the royal family and the monarchy so that it remains an institution indisputably vital to the balance and happiness of our national life.”

The queen, a very private person not given to extravagant displays of affection, once called him “her rock” in public.

In private, Philip called his wife Lilibet; but he referred to her in conversation with others as “The Queen.”

Over the decades, Philip’s image changed from that of handsome, dashing athlete to arrogant and insensitive curmudgeon. In his later years, the image finally settled into that of droll and philosophical observer of the times, an elderly, craggy-faced man who maintained his military bearing despite ailments.

The popular Netflix series “The Crown” gave Philip a central role, with a slightly racy, swashbuckling image. He never commented on it in public, but the portrayal struck a chord with many Britons, including younger viewers who had only known him as an elderly man.

Philip’s position was a challenging one — there is no official role for the husband of a sovereign queen — and his life was marked by extraordinary contradictions between his public and private duties. He always walked three paces behind his wife in public, in a show of deference to the monarch, but he was the head of the family in private.

Philip is survived by the queen and their four children — Prince Charles, Princess Anne, Prince Andrew and Prince Edward — as well as eight grandchildren and 10 great-grandchildren.

The great-grandchildren are William and Kate’s children, Prince George, Princess Charlotte and Prince Louis; Harry and Meghan’s son, Archie; Savannah and Isla, the daughters of Peter Phillips and his wife, Autumn; Mia, Lena and Lucas, the children of Zara Phillips and her husband, Mike Tindall; and Eugenie’s son, August, with her husband, Jack Brooksbank.

Responding to the sad news that Prince Philip, Duke of Edinburgh, has died, John Baron, MP for Billericay and Basildon, said:

“I am deeply saddened by this news, and my first thoughts are with the Queen and the Royal Family. Prince Philip gave a lifetime of public service, serving our country in wartime with distinction and supporting the Queen throughout her reign, for which we are all appreciative and grateful. He will also be remembered for his robust championing of young people, science and technology, and this great loss will be felt throughout Britain and across the Commonwealth.”