Written by Andy Gardener in Under The Radar👁 190 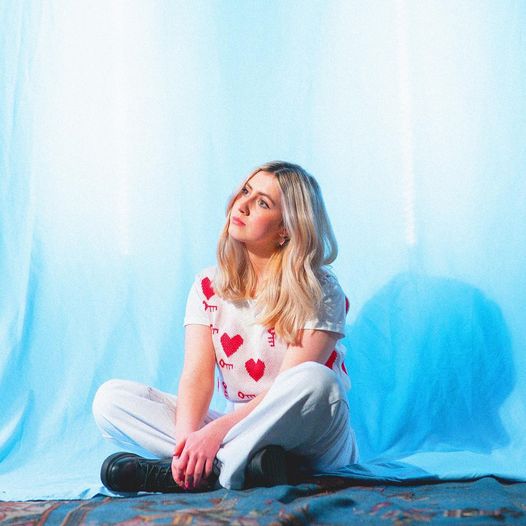 19-year old singer songwriter Katie Gregson-MacLeod, hailing from Inverness in the Scottish Highlands, has just released her fantastic second single ‘Games I Play’ following on from last summer’s debut ‘Still A Sad Song’ and both will be on her forthcoming debut EP. She has been getting lots of attention in Scotland with this single and it’s Fleetwood Mac vibes so we thought we would spread the word down south with this quick Q&A…

WHAT HAS BEEN YOUR HIGHLIGHT SO FAR, ANY PARTICULAR SONG, GIG OR MOMENT?

My music highlight has to be either my first ever festival gig at Belladrum Tartan Heart Festival 2019 or my first ever headline show in February 2020. The first was when I’d just started gigging and I played at the Free Range Folk Stage on the sunniest day of the year. So many friends and family members came, as well as lots of unfamiliar faces, and it was a dream. I’d never had the chance before to just play a fully original set, as I’d been gigging in bars around my hometown before that, so that was nothing but fun for me. The latter gig was a sold out acoustic intimate show upstairs in La Tortilla, a lovely Spanish restaurant in Inverness. I played a couple hours of original songs and everyone was so supportive; it was the first time I’d experienced total silence in the audience at a gig.

I ASK EVERYONE THIS…HOW WAS LOCKDOWN FOR YOU? AT LEAST INVERNESS IS BEAUTIFUL FOR LONG ISOLATION WALKS

It feels terrible to say as it was such an awful time for the world but lockdown in spring/ summer 2020 was such a beautiful and transformative time for me. I was able to focus on so many things, like learning to produce my music. My days were filled with music-making, long walks with podcasts, reading and spending time with my family and yes, as you say, I was very very lucky to be living somewhere as gorgeous as Inverness.

IS YOUR NEW SINGLE ‘GAMES I PLAY’ ONE YOU HAD READY TO GO OR DID YOU WRITE THIS IN LOCKDOWN?

I wrote ‘Games I Play’ in lockdown actually, as well as my debut single ‘Still a Sad Song’ which I released in summer last year. I recorded the demo for the track pretty much as soon as I wrote it as I had a really clear idea of what I wanted the song to sound like. After that, I got my good friend and producer Toby MacDonald on board to elevate the track to the level it’s at now. Due to lockdown and the fact we’re both full-time students, we didn’t finish the track until early 2021.

YOU LOOK LIKE YOU HAD A LOT OF FUN IN YOUR VIDEO DANCING AND JUMPING AROUND! DID YOU COME UP WITH THE IDEA AND PRODUCE THIS YOURSELF?

Oh yeah it was a lot of fun, as you can probably tell! I had the idea for the video for ages, I just needed the right person to work with to produce it the way I envisioned. I got in touch with Mark Piasecki of North Hold Photography to make the video, as I’ve worked with him before and he’s brilliant at what he does. I wanted the music video to reflect the tongue-in-cheek lyrics of the song; as much as it hasn’t got a particularly bright and happy subject matter, the track is fun to me and I wanted to encapsulate that.

WHICH ARTISTS ARE YOU LISTENING TO AT THE MOMENT AND DO THEY INFLUENCE YOUR WORK?

I think every artist I listen to probably influences me in some way. At the moment I’m loving a whole range of artists, such as SZA, Julia Michaels, Elliott Smith and Taylor Swift. The first three I hadn’t been introduced to properly until last year (shamefully) and I think that, although very different from each other, they are all masters of writing. Taylor Swift, I hadn’t properly engaged with until Folklore and Evermore came out and I’ve taken the time now to fully appreciate her skill as a writer, as well as the amazing production of those two albums.

I CAN HEAR A BIT OF AILBHE REDDY IN YOUR SONGS. I’D RECOMMEND HER ALBUM IF YOU HAVEN’T HEARD IT

Such a compliment! Love her voice and writing – her production is also totally up my street, I’m flattered.

WHAT PLANS DO YOU HAVE FOR 2021 AND BEYOND? SINGLES, GIGS?

My first two singles, ‘Still a Sad Song’ and ‘Games I Play’, are both going to feature in my upcoming debut EP, as well as a third single. I’m so excited to be sharing this collection of songs, which, as cliché as it may sound, mean so much to me. After the EP, I’m going to take some time to write and play gigs for the first time in ages before releasing more, but I do have more music up my sleeve which takes a slightly different direction to this first EP.

HAVE YOU PLAYED LIVE OUTSIDE OF INVERNESS AND IF NOT WOULD YOU LIKE TO DO THAT?

I’ve been fortunate enough to play a fair few gigs in Edinburgh, where I’m based for university; for instance, I supported my good friend Hector Shaw early last year, which seems like a lifetime ago. It’s a stunning city and I can’t want to play more here. I’ve played in Glasgow a couple times too but would love to play more there considering how vibrant and unique a music scene there is. I want to play everywhere I can, really.

FINALLY DO YOU HAVE A RANDOM FACT ABOUT YOURSELF?

I am a big squash fan and have been playing for years. Our university squash team got to the British Uni Championship finals last year but because of Covid we couldn’t play. It’s an amazing sport and I’ve missed it a lot over lockdown.