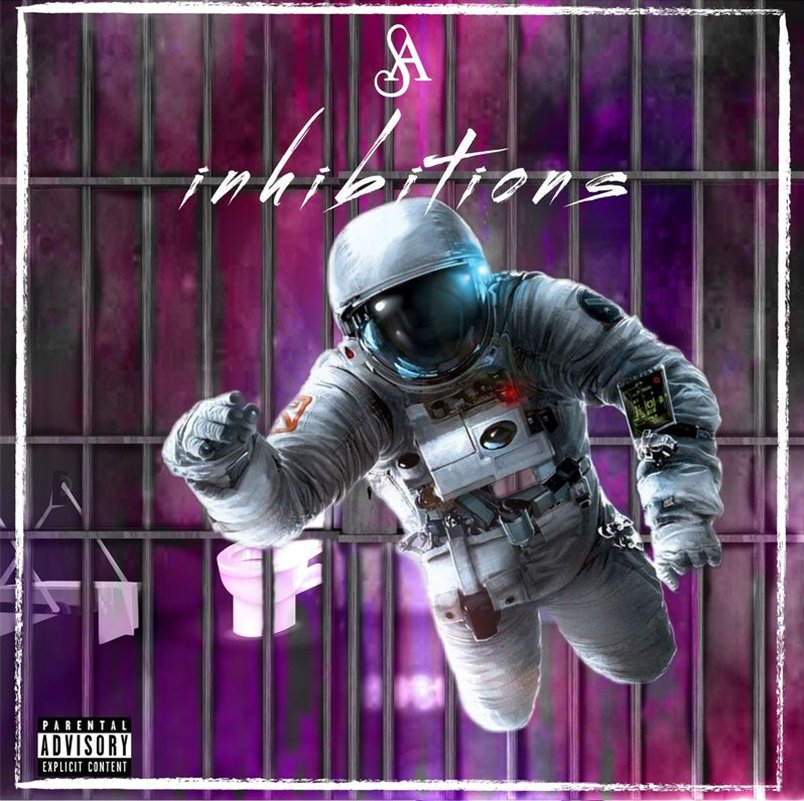 We’ve been playlisting Inhibitions by new artist SSJ_APARICION – and we caught up with him to find out more about his life and music.

I’m a UK based Songwriter/Rapper/Producer. I’ve spent the last two years honing my skills by taking inspirations from the production of industry leading Trap/Drill producers, in an attempt to try and push confines of both genres further.

I hope to try and fuse my love of experimental/alternative sound with a sound generally considered more pop/mainstream, in hopes of providing a well-rounded experience for a wide range of listeners.

Also, I’m a firm believer in the fact that music shouldn’t always be easy to listen to. Something about it should make you either unpack the music or unpack yourself. If it doesn’t do that, then you may as well just be releasing nursery rhymes to an instrumental.

I remember being 12 dancing to Usher – Yeah. You know that track with Lil’ Jon and Ludacris? I remember wishing I could travel back in time, write and release that song before it came out. I think that’s the first time I ever had the desire to make music, as a few years later I stared writing lyrics/poetry whatever.

So, I think that’s when my passion for music was first apparent to even myself. The moment I realised I need to make music was when I was 19 and I first heard J.Cole – No role modelz. I was still firmly in my grungey stage, so it was ll dubstep, metal, alt rock, etc up until that point. I didn’t know rappers where rapping on anything other than boom bap. That was the first time I heard any production in rap music that really genuinely excited me.

From the years of about 15 – 19 it was all metal etc and that hasn’t really impacted my lyrics per se, but it has influenced the style of production I’m going for. Sometimes I leave mixes unpolished just to get that gritty grungy feel on an instrumental that otherwise would be everything but.

Before 15 though, I was listening too many people – 50 Cent, Usher, Chris Brown and Eminem mainly, Lil Wayne, Ying Yang twins, Nelly, Notorious B.I.G, Diddy, Ciara, Beyonce, Missy, too many to keep going really.

Spoken word on an instrumental that’s drill/trap/whatever other genre I decide to fuse in. Sometimes just it turns into a therapy session. My music is basically me just oversharing.

Not anything official per se, this is the first time I have distributed to streaming. I released somethings when I was studying toward my Masters. There will be people out there who have heard it. I think it was somewhere from 4 – 6 tracks.

In hindsight it was a little immature because I hadn’t even mixed any of the vocals (I plain just didn’t know how at the time) or mastered the track. I guess it was more about finding out how people would react to my style, whilst I was rapping on beats which were popularised by the lives of drug dealers and killers. I needed to see if I would somehow find a demographic that would provide me with a market for this kind of sound.

I think the one artist that has influenced me the most is XXXTENTACION. I remember after listening to his album “?” I downloaded his entire discography and ran through it song by song. Took me a couple of days. What I admired the most was his range. Jumping genres and still sound like he’s at home still. I aspire to have that kind of versatility. He is the only rapper that has ever made me feel the need to peep his bars you know? Like I’ve listened to the songs in my playlist to learn a lot of the lyrics to a lot of them through some sort of osmosis you know? But his song “Moonlight” was the first time I found myself compelled to search and study lyrics – also invertedly make me love the autotune heavy mumble rap style.

Dead: XXXTENTACION
Living: Drake. I don’t even have to think about it .

If people liked this, to keep making music. It’s that simple. I got so many flows I had to scrap when I was putting together the releases I’m planning this year, just in the name of putting my best foot forward.

So, I definitely have the capacity to keep creating music. Even if I’m not rapping, production has now become a passion of mine, where it used to just be a means to an end. I wanted to learn how to make beats because I wanted to rap, but also didn’t want to pay for beats.

Also, I think I still want to try to become a surgeon. Lowkey. Like as a side hustle, you know?

My track Inhibitions is available on Spotify.