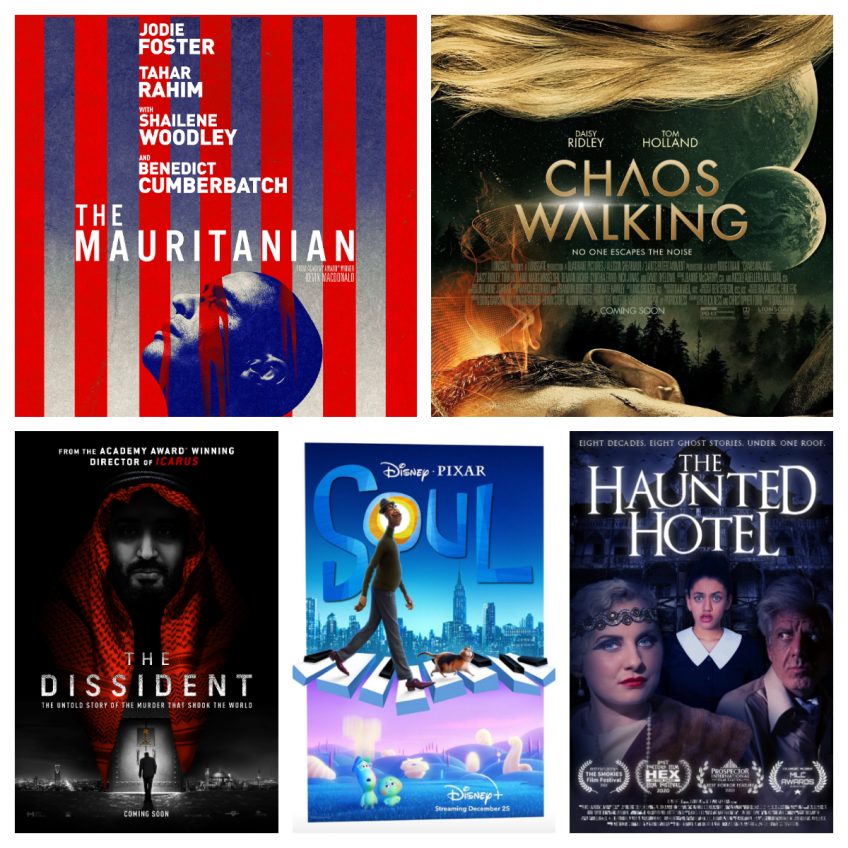 The Mauritanian – Mohamedou Ould Slahi fights for freedom after being detained and imprisoned without charge by the U.S. Government for years.

Chaos Walking – A dystopian world where there are no women and all living creatures can hear each other’s thoughts in a stream of images, words, and sounds called Noise.

The Dissident – When Washington Post journalist Jamal Khashoggi disappears in Istanbul, his fiancée and dissidents around the world piece together the clues to a murder and expose a global cover up.

The Haunted Hotel – Eight tales of ghostly encounters through the decades, manifesting amid the ruins of a once grand English hotel.

Soul – After landing the gig of a lifetime, a New York jazz pianist suddenly finds himself trapped in a strange land between Earth and the afterlife.

To get Stewart’s interviews, reviews and poems delivered directly to your device or for comedy, books and everything else visit www.stewartpink.com