The sins of the mother!


A couple from Sacramento, California are angry and upset that the Catholic elementary school where her 3 sons are enrolled, has told them to find another school for the boys after mother Crystal Jackson, known on line as “Mrs. Poindexter” launched an OnlyFans account for her “hot mom” persona. 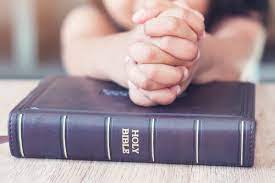 Apparently she posts photos and videos of herself mostly doing “normal mom stuff” around the house while posing either in the nude or sporting provocative lingerie!

Mrs Jackson claims that a group of parents at the school started a crusade last summer to get her 3 boys, all under the age of 11, kicked out of the school, culminating in the school being supplied anonymously, with some of Mrs Jackson’s pictures.

Two weeks ago Crystal Jackson was removed as the second grade “room mom,” and on Sunday, the Jacksons received an email from the school principal saying they must find another school for their kids immediately.

“Your apparent quest for high profile controversy in support of your adult website is in direct conflict with what we hope to impart to our students,” read the email.

Crystal Jackson says her boys are devastated, and now, some parents are saying the kids shouldn’t be punished for their parents’ decision.

She says she will continue to post on her OnlyFans website and is now seeking to enrol her sons at another Catholic school, that’s less “judgmental.”

Her only concern is that the family may be blackballed from the diocese in Sacramento entirely.

Being a Tuesday I was joined once more by Margaret Mills who revealed unsuccessful plans announced by the council in Leigh-on-Sea back in 1898 to market the town as a health resort. As hinted the plans came to nought and were eventually abandoned 10 years later.

You can listen to what Margaret had to say in more detail here: –