Written by Paul Golder in In The Papers👁 293 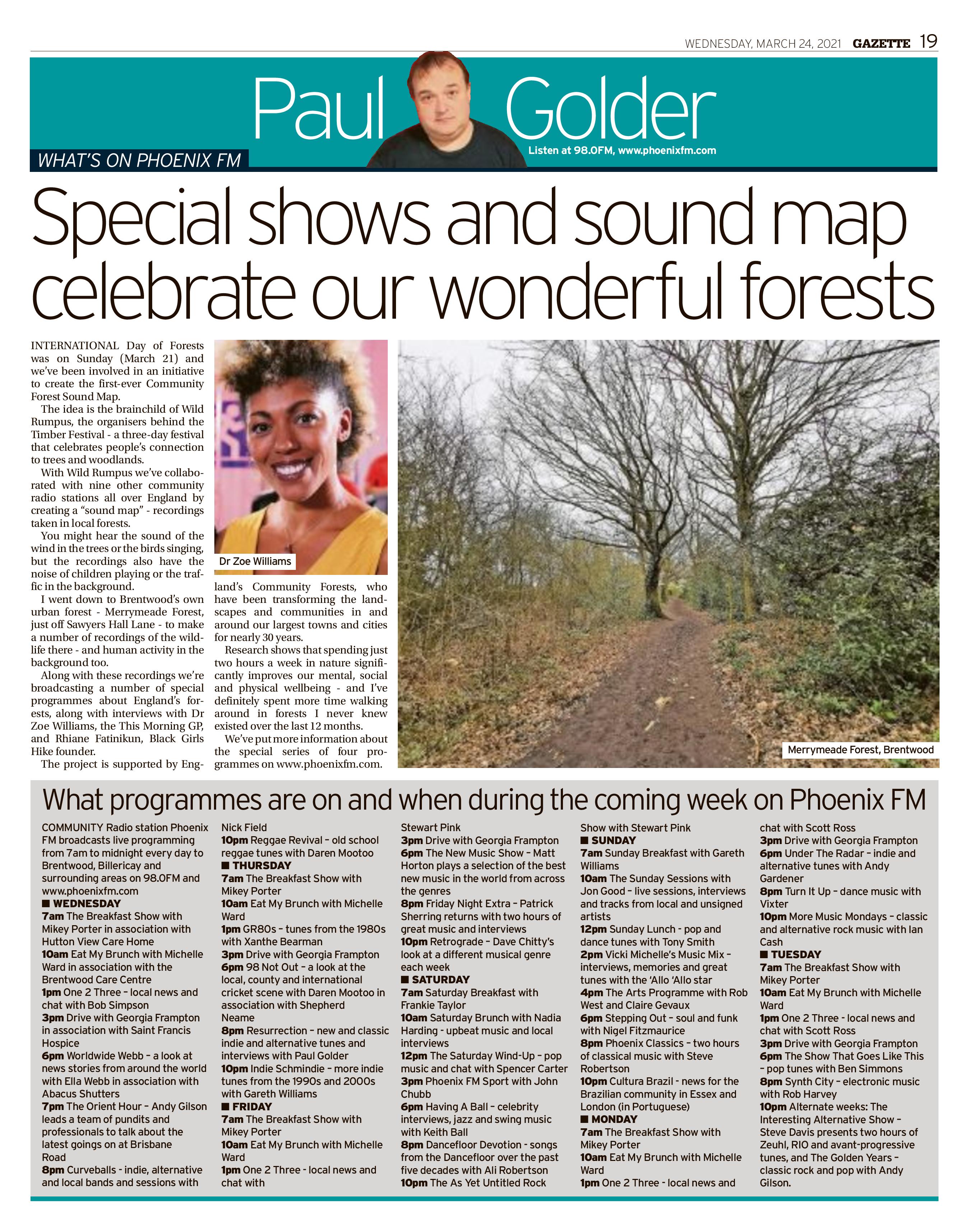 Sunday 21 March was International Day of Forests and we’ve been involved in an initiative to create the first ever Community Forest Sound Map.

The idea is the brainchild of Wild Rumpus, the organisers behind the Timber Festival – a three-day festival that celebrates people’s connection to trees and woodlands.

With Wild Rumpus we’ve collaborated with nine other community radio stations all over England by creating a “sound map” – recordings taken in local forests.

You might hear the sound of the wind in the trees or the birds singing, but the recordings also have the noise of children playing or the traffic in the background.

I went down to Brentwood’s own urban forest – Merrymeade Forest, just off Sawyers Hall Lane – to make a number of recordings of the wildlife there – and human activity in the background too.

Along with these recordings we’re broadcasting a number of special programmes about England’s forests, along with interviews with ‘This Morning’ GP, Dr Zoe Williams and Black Girls Hike founder, Rhiane Fatinikun.

The project is supported by England’s Community Forests, who have been transforming the landscapes and communities in and around our largest towns and cities for nearly 30 years.

Research shows that spending just 2 hours a week in nature significantly improves our mental, social and physical wellbeing – and I’ve definitely spent more time walking around in forests I never knew existed over the last 12 months.

We’ve put more information about the special series of four programmes on www.phoenixfm.com.