I guess that over the past 12 months many of us have found ourselves trying to carry on living with minimum direct social contact and instead been forced to try to keep things on track through the means of technology. 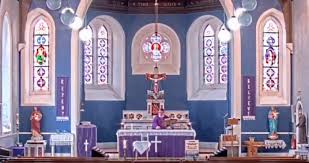 And the church are not immune from this either as evidenced by the live-stream conducted by Father Pat in the parish of Kincassalagh in Donegal to his parishioners last week.

Like many of us the good padre came to grief with the unfamiliar technology in front of him.

He had just begun his blessing when pushing the wrong button resulted in his being interrupted by a rap music track by BLACK THE RIPPER, blaring out over the sound system.

The hapless priest was immediately galvanised into action in an attempt to silence the inappropriate burst of rap music.

Father Pat later commented that “a wee bit of rap music in the morning will wake you up for sure”.

A member of he congregation watching the mass live at home also quipped, “If we weren’t awake at that point we surely were after that rap!! Ha!. Something for everyone at Fr Pat’s Mass.”

Well that’s one way to stop anyone falling asleep during the sermon!

Knowing how difficult it is to find any rap music fit for the ears of those most likely to have been tuned in to the live stream that you have to wonder if the track the good padre played had bleeps in all the right places!

In the second hour of today’s programme we heard about the man wanted by police for making 2700 obscene phone calls, who was so fed up with the people who he was cooped up with, that he handed himself into police. 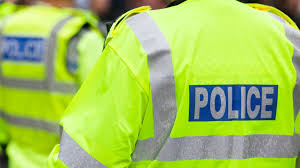 Officers at Burgess Hill Police Station in Sussex reported that he had told them that he decided to hand himself in just to get some peace and quiet. It seems that he would much rather go back to prison rather than spending a minute longer with the people who’d been harbouring him.

Of course now in police custody he will be restricted to just one phone call, and presumably that has to be to his solicitor.