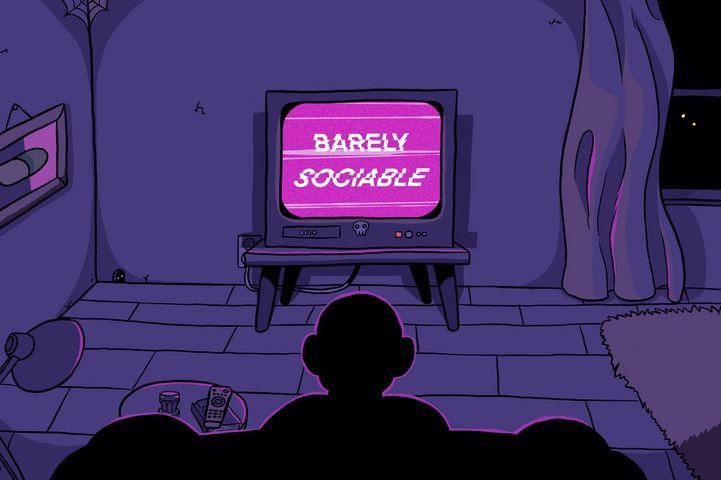 We’ve been playing out the mysterious San Diego DJ Barely Musical on air recently – but who is he? We caught up with him to find out more …

I’m a producer/DJ from California who mostly got his start making YouTube videos under the name “barely sociable” – that’s what I’m predominantly known for as that channel has grown to 600,000 subscribers.

These videos are dedicated to investigations into true crime and other internet related mysteries and naturally since my audience is the investigative type some of my viewers discovered an old account tied to me that included some of my old music.

Originally I was hesitant to make new music, but naturally they asked for more, and here I am putting it out there, hence the name “barely musical“.

I listened to flume, daft punk as well as particularly took influence from other artists like avicii, and dillon francis.

I would describe the music I produce as a mix of trap and electro house with a bit of an experimental futuristic feel to it.

I’ve released a number of songs that have been featured in my documentaries on my main YouTube channel as well as a number of singles including “Back To U”, “Silk Road”, and “Everything U Do.”

I really enjoy currently listening to an artist by the name of kito and zhu and some of their deep house tracks. As far influence yes, sometimes I’ll find myself hearing a particular sound and going to the ends of the internet to learn how they made it.

A dream collaboration would be probably an artist like Dillon Francis as I grew up listening to a lot of his music a lot.

As far as plans for the future, just keep testing the waters and seeing what works and what doesn’t. Whether that be on YouTube or in the music sphere!

As well as my YouTube channels Barely Sociable and Barely Musical, I’m on streaming services including Spotify, and also on Twitter @SociableBarely too.