Why on earth would establishing a cake shop in a Sussex town provoke a deluge of complaints and hate mail? 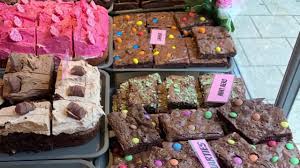 After all what could be more ‘genteel” and all “so English” ?

Well so you would have thought but owners of the LG CAFE in Arundel have been inundated with hate mail because locals say their cakes are attracting “the wrong sort of people” to the town.

Incredibly it has been claimed that the cake shop is attracting customers described variously as “scantily clad maskless chavs” and “rats”.

Concerned “worthies” of the town claim to have filmed “the wrong sort of people” queuing outside the shop which opened two years ago.

Owners George Johnson, 43 and Lily Trunful, 29 say the complaints started as just a few snide comments, by for example, a couple of old women announcing loudly that they were bringing the wrong class of customer to the town, but following their increasing success this has developed into a veritable deluge of hate mail.

Some posts on social media have suggested that the shop is not adhering to Covid restrictions, although this has been disputed by police who confirm that the establishment has “gone over the top” in compliance.

So is this simply a case of jealousy on the part of local rivals?

After all it’s not as if they are offering the sort of “Brownies” or “Space Cakes” like you might find in Amsterdam!

You’d have thought that anyone who can put some life back into the High Street would be welcomed with open arms.

Meanwhile a serious question for you. Have you ever called someone  a “pig” or has anyone referred to you as “chicken”. 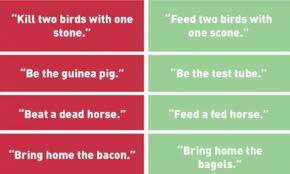 Well such terms could be banned if the animal charity, PETA (People for Ethical Treatment of Animals) get their way.

Yes truly, PETA assert that it’s “speciesist” and unfair on animals to use their names to describe human behaviours.

“Calling someone an animal as an insult reinforces the myth that humans are superior to other animals & justified in violating them”, says the organisation.

“It is important to stand up for justice by rejecting such supremacist language.”

“Anti-animal slurs degrade animals by applying negative human traits to certain species. Perpetuating the idea that animals are sly, dirty, or heartless desensitises the public and normalises violence against other animals,” says the organisation.

“Speciesist language isn’t just harmful, but also inaccurate. Pigs, for instance, are intelligent, lead complex social lives, and show empathy for other pigs in distress. Snakes are clever, have family relationships, and prefer to associate with their relatives.”

The organisation says the term ‘chicken’ usually means someone is a coward, a pig is someone who’s either greedy or repulsive, a rat is a snitch, a snake is a jerk, and a sloth is lazy.

So better start watching what you say. Who knows your cat might just see you in court!

Well I won’t see you in court but hope to see you again tomorrow!