Written by Scott Ross in Bygones and Essex Tales👁 218


The subject of Margaret Mills’ historical feature today concerned a man who was the Lord of the Manor of Weald Park and Weald Hall in the early part of the 19th century. 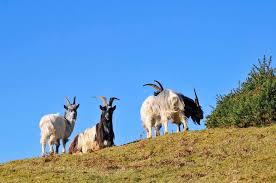 Known as Squire Christopher Tower, it seems that he hit on the idea of spinning goat wool, not as it turns out with a great deal of success.

But he was much better at breeding the animals.

If you missed what Margaret said, you can catch it all again here: –