For my first programme of the New Year, we took a brief glimpse at how the New Year is welcomed around the world.

Obviously the New Year celebrations were a bit different this year but even so there’s a good chance that you may still have managed to polish odd a few drinks to toast the New Year and enjoy some fireworks, even if they were let off by other people, but believe it or not some other countries celebrate the new year in more bizarre fashions.

For example Danes traditionally hurl unused plates that have been saved up throughout the year at the front doors of family and friends on 31st December. 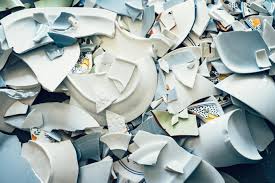 Whilst in some parts of Italy apparently it’s traditional to throw old furniture out of balconies to symbolise a fresh start for the year ahead. Although in truth to prevent injuries, most locals just stick to small and soft objects.

Romanian farmers spend their New Year’s trying to communicate with their livestock, and earning good luck if they succeed.

Argentines shred all their old documents and papers before the curtain falls on the year, to symbolise leaving the past behind. They then toss the shreds out of the window like confetti around lunchtime on December 31st.

In other South American countries such as Mexico, Bolivia, and Brazil, your fortunes for the year ahead are decided by the colour of your underwear.

Those who want to find love wear red underpants for New Year, whilst those hoping for wealth should opt for yellow.

If you’re just looking for peace, white pants should do the trick.

In the second hour we took a peek at an election overseas and the slightly unusual name of the victorious candidate. 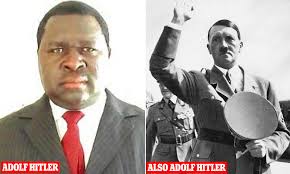 Having secured 85% of the vote, 54 year old ADOLF HITLER has just been elected to the town council of Ompundia, In the former German African colony of Namibia.

This was not his first foray into politics, and apparently he’s been a popular local councillor for some time, as well as being an ardent anti-apartheid activist.

Speaking to the German news website Bild, he said his father gave him the name without understanding who the Nazi leader was or what he stood for.

The fact that I have this name doesn’t mean that I’m striving for world domination, or even plan to conquer the local region, Oshana.

Asked why he didn’t change his name, he said it was too late to do so, adding that he also doesn’t use his full name on social media accounts or in public – only on official documents.

He generally prefers to be known as Mr Uuona.

On that note, I think I’ll head for home, but look forward to having your company again tomorrow,
Scott