Written by Barbara Wintergreen in Uncategorized👁 433 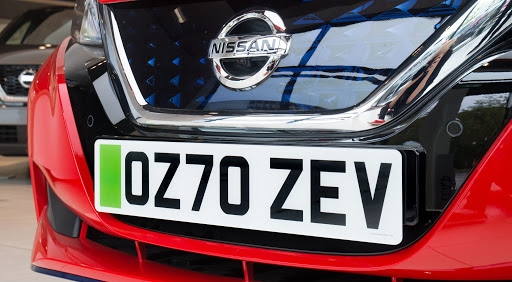 While we fully understand that cars are mass-produced, we generally have a very personal relationship with them. The vast majority of manufacturers offer countless customisation options when you choose to purchase a new model, and we all know that one person who has named their car. In fact, you may even have a secret name for your own vehicle. However, for some people the absolute act of making a car their very own is through a personalised number plate.

It may be hard to believe, but the surge in personalised number plates is relatively new. Up until about 25 years ago, it was simply a matter of luck to receive a license plate that had any form of wording or random spelling on it. This was due to the fact that plates were created based upon the age and its place of registration.

Regardless of this, there have been a number of traders who have been rather successful selling plates that were designed with few characters or ones that simply spelled out a name randomly. The majority of these cars are older and the plate would be the first one that was issued in Edinburgh and is now worth quite the pocket of coin.

Starting in 1989, the Driver and Vehicle Licensing Agency (DVLA) began to realize that far too much money was being left on the table and began to permit the use of various number plate combinations. Since this time, the DVLA has issued over 4 million personalised plates and made a staggering £2billion throughout the process.

How To Purchase A Personalised Number Plate

There are three unique ways in which you can buy private number plates. One of the first is to purchase directly through the DVLA, secondly, you may use a broker or private company or you may purchase one privately.

Purchasing From The DVLA

One of the best routes to buy plates is through the DVLA as this is also going to avoid any unnecessary markup. The DVLA has an incredible search tool that is going to allow you to enter specific criteria and seek out the plate that will meet your criteria. This will include results that include the current style plates which feature two letters and followed by two numbers and a series of three additional letters. The DVLA also offers what are known as “Prefix plates” which were issued prior to 2001, which is when the current system was introduced. Prefix plates simply have one letter followed by either one, two, or three numbers and followed by an additional three letters.

There are also a number of plate auctions held throughout the year by the DVLA, These can be either physical auctions where you will place bids in person or a timed auction. A timed auction will work in a similar way to a online auction site in which you will need to place you maximum bid and the system will consistently bid for you until you have either won or been outbid. If you place the highest bid, you are bringing home a new plate.

Purchase From A Broker

There are a number of companies that buy and sell personalised number plates. If you are unable to find a desired plate on the DVLA’s website, a broker’s website might be an intriguing angle. However, it is important to keep in mind that a license purchased through a broker website is going to be more expensive than one purchased directly from the DVLA, as you are paying an original fee of the DVLA as well as the mark up from the broker.

Purchase From A Private Seller

If you know there is a specific plate, but have been unable to find it through a broker or the DVLA, your only other option is to keep an eye out on advertisements in car magazines and newspapers. Typically, the rare plates will show up in adverts and have a price that matches their scarcity.

How To Transfer A Personalised Number Plate

If you have found the perfect plate and desire to keep it until you sell your car, you will need to seek out the help of the DVLA. There is a cost of £80 for this service, however, if you do not have the car as of yet, the DVLA will allow you to hold onto the plate until you are ready to register it. During this process, you are going to need the vehicle’s registration document, which are also known as the logbook or ‘V5C’. This process can usually be completed online as well as between the hours of 8am and 6pm, Monday to Saturday, in person.

How Much Will A Personalised Number Plate Cost?

When purchasing a personalised plate through the DVLA, one can expect to pay anywhere from a hundred pounds upwards to a few thousand. When purchasing through a DVLA auction, the price will be dependent upon how much people are willing to pay that particular day. Plates that are sold via classified advertisements and brokers are going to be rather rare and can fetch a rather high price, so best be prepared.

Always consider the fact that the fewer characters on a personalised plate will make it much more expensive. Likewise, for plates which denote a spelling or a name are going to fetch a much higher price, especially those with rare names.

Keep in mind that the price of the car is also going to affect the cost of the plate. More expensive cars are generally owned by wealthy individuals, and they are willing to pay a high cost for a plate to suit their needs. You can always expect a plate with the numbers ‘911’ in it are going to be rather expensive due to Porsche 911 owners seeking out these plates.