On what for me is the final ONE-2-THREE Show of 2020, we looked at the crazy antics of some would-be passengers on a flight between New York and Atlanta. 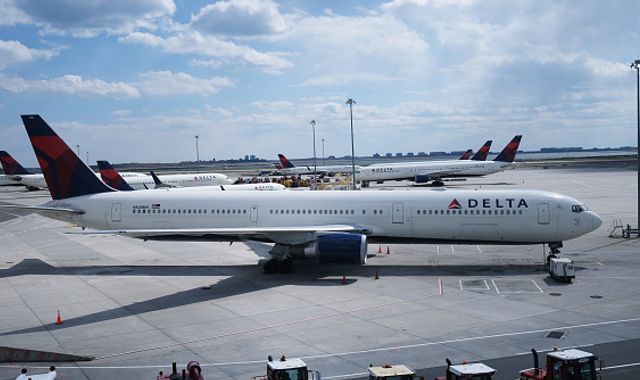 Yes, just when you think you’ve heard it all comes news of the unthinkable.

Well at least I would never have expected to hear of someone trying to get off an airliner whilst it was taxing ready for take off!

But incredibly this couple along with their pet Great Dane dog did just that.

They activated the emergency chute whilst the Delta Airlines jet bound for Atlanta was taxiing to the runway at La Guardia airport ready for take off!

The 31-year old passenger Antonio Murdock was repeatedly told to strap in, but he refused saying,”If I sit down, I’ll freak out.”

But he appears to have done just that anyway since he went on the plane’s public address system, swore at another passenger, grabbed a beer, activated and slid down the chute followed by his partner, Greco and the family Great Dane dog!

The couple were subsequently taken into custody and charged with amongst other things, criminal mischief and trespassing.

The dog has been taken to an animal shelter.

The plane was forced to return to the gate where the passengers were later transferred to other flights.

Coming back down to earth, or more accurately beneath it, in the second hour Margaret Mills joined me to talk about the so dubbed, “Prittlewell Prince” involving the excavation of a burial chamber which appears to have been connected with a person of some importance, possibly even a one-time King of Essex, which was found close to the SAXON KING PUB in Prittlewell. 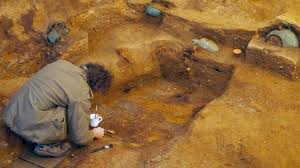 If you missed what Margaret had to say on this subject, you catch it all again here:-

Right I’ll see you again next week – and in a New Year to boot.

Anyway let me take the time out here and now to wish you a very happy, prosperous, peaceful, and hopefully healthy 2021!
Scott